Train with a purpose and intent. This is an excellent article relating Samurai principles to the modern sports world...  Muay Thai is an old art as well, and the same principles are what separate the good from the great!

Dropped on the Internet by ThisOne at 10:42 AM No comments: Links to this post


Great bout between two fighters in the lighter weight divisions that love to  go hard and put on a show.
Check it:


Dropped on the Internet by ThisOne at 7:25 PM No comments: Links to this post

NOT Muay Thai, but incredibly entertaining. Also some of Canada's top MT pros (Shane Campbell) in the mix. Enjoy!
Dropped on the Internet by ThisOne at 11:15 PM No comments: Links to this post 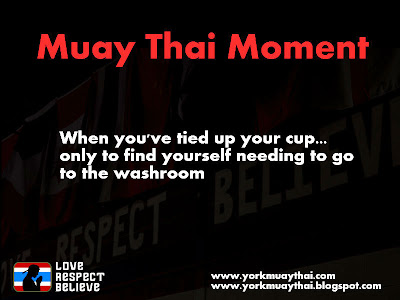 From our own M. Zhang, at last week's sparring!

Dropped on the Internet by ThisOne at 12:31 PM No comments: Links to this post


Dropped on the Internet by ThisOne at 10:24 AM No comments: Links to this post

Poker Night at YMT- Please support our Athletes competing in the TBA Tournament!

Support your athletes and have a little fun!

Come try your luck at York Muay Thai and play in our 50/50 poker tournament. $20 buy in, and half the pot goes to the winner, other half to help support Team YMT fighters PC Patrick Wallace and Daniel Baluyut as they go to Des Moines, Iowa to represent York Muay Thai at this year's TBA Muay Thai Classic tournament from June 28-30. 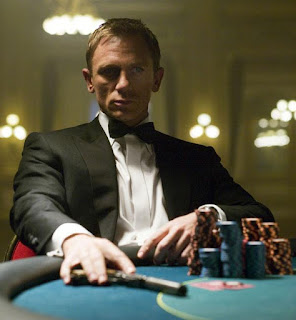 You can also pledge PC Patrick or Daniel to throw swing kicks on the heavy bag at a price of $0.50 a kick. The final number will be tallied and the kicks will be thrown at the end of the night.

Don't know how to play poker and want to help? Come anyway and enjoy music, refreshments, and seeing your YMT family in a non-training setting.


There will also be a donation box for the athletes at the gym. All contributions are greatly appreciated!

Dropped on the Internet by ThisOne at 12:27 AM No comments: Links to this post

A great night of racing with York Muay Thai

YMT had an awesome time at the 401 Mini Indy yesterday!  Looking forward to the next thang!

Dropped on the Internet by ThisOne at 11:13 AM No comments: Links to this post

Baddest Little Girl On The Planet - Petjeeja Or Meekhun (video)


Dropped on the Internet by ThisOne at 12:28 AM No comments: Links to this post

"5 Business Lessons I Learned In The Boxing Ring"- Addicted2Success 
"At the age of 22 I was forced to quit college basketball due to a knee injury. Soon after I dropped out and joined the workforce. I hadn’t yet thought of my company, even toyed with writing, or had any clue what I wanted to do with my life, except one thing:
I had always wanted to box.
So that’s what I did.
Here are 5 lessons I learned from my two years spent as an amateur boxer. They are lessons that have helped me find success in business, and in life. Hopefully they’ll do the same for you.

Although success in boxing is heavily dependent upon skill and the perfection of the craft, anyone can be broken. It’s hard to defend against someone who keeps punching, and who keeps moving forward; it becomes as much a battle of wills as it does a battle of stamina, strength, and skill.
The same is true with life. Many of the greatest success stories in history are of those people who kept working. We never hear about the guy who quit, but the guy who persists and perseveres becomes a legend.
Thomas Edison failed more than 10,000 times in his attempt to create the light bulb. Imagine if he chose to quit after 9,999.

2 – Pain is Temporary. Glory is Forever

Cliche? Yes. True? Of course. In every fight, training session, and sparring session, there was a point where “my weak Self” wanted to quit – I mean in every session. I had to fight that battle, as well as the one I was waging with my opponent in the ring.
Defeating that enemy in the ring helped me defeat the same enemy that arose every time I wanted to watch TV, or quit on the business.
No matter what you’re going through – good or bad – it’s temporary. Keep that in mind. Work your butt off, persist, and never quit. The lows aren’t as low as they seem, and the highs will come to an end – prepare for both.
Fact: You won’t get what you want in life if you quit.

3 – Don’t Go for The Knockout Right Away

The newbie always tries to go for the knockout right away. All that does is leave you open to a counter, and tire you out far quicker.
The veteran understands that a knockout happens in the midst of an exchange; it’s the punch you don’t see that gets you. Keep being precise and keep punching, if you do, the knockout will come.
In life, we often expect success quickly, but it never happens that way. It always takes a lot longer than we think, and it involves much more risk and sacrifice than we’d ever comprehend.
Don’t even think about the knockout when you start your journey, just keep punching, writing, creating, and innovating, and the knockout will come. If you think success comes quickly, you’re more likely to quite when the world proves you wrong. Teddy Roosevelt, a man who as president sparred in the ring weekly.

4 – The Fight Isn’t Won In The Ring, Under the Lights of Fight Night

The fight is won on the road and in the gym, far from the lights of fight night.
Success is always created in privacy, where no one sees your hard work, sacrifice, and dedication. All they see is the end result, they don’t see the blood, sweat, and tears that preceded the victory.
Don’t be fooled into thinking that success is quick and glamorous; you’ll be sadly mistaken. If you want success in anything, you have to be willing to work. You must be open to missing out on certain things in life. While friends are partying, you must work.
It’s the only way about it. Hard, purposeful work pays off in the end. Being an entrepreneur isn’t the easy way, it’s the difficult, strenuous way of life, that’s why there are so few successful entrepreneurs, but YOU can be one of them.

I started fighting at a relatively late age. Most fighters start in their early teens, or even earlier because it takes a long time to feel comfortable in the ring, throwing punches.
My solution: work harder and put in more hours than everyone else.
I ended up doing pretty well as a result. It’s the hours, and the quality of those hours that count and lead to success. If you’re willing to work harder than everyone else, it’s never to late to start.
Also keep in mind your prior experiences – you’re never starting out completely “green”. I was able to pick up boxing faster than most because I’d learned the hand-eye coordination needed in boxing from years of playing basketball and hockey, both at high levels.

What you’ve done up to this point in your life will prepare you for what you’re about to do next."
Dropped on the Internet by ThisOne at 12:31 PM No comments: Links to this post


Dropped on the Internet by ThisOne at 11:31 PM No comments: Links to this post