Please note that all our of news and blogs are now posted directly on our website: yorkmuaythai.com !!Thank you for staying updated in the happening world of YMT :)
Dropped on the Internet by ThisOne at 12:33 PM No comments:

PCP's Movie Pick of the Month for January: Breaking the Ice (2014)

As some of you probably already know, the 2018 Winter Olympics is starting next month. The best Olympic stories, in my opinion, are the underdog stories. We all know Michael Phelps is going to win a ton of Gold medals, it's just a question of how many. I'd rather hear about Mo Farah, the runner from the U.K. who fell during the 10,000 metre race, only to get up and win a gold medal at the Rio Olympics in 2016, or Eric Moussambani, the swimmer from Equatorial Guinea who won his first heat at the Sydney Olympics in 200, despite never seeing an Olympic sized swimming pool because the other competitors were disqualified for starting early. However, it was the first attempt of the Jamaican Bobsled team, who qualified for the 1988 Winter Olympics in Calgary that defied the most expectations.

"Anyone can accomplish incredible dreams and if they dare to dream extraordinarily, and have the equal desire to go after them." - Devon Harris. 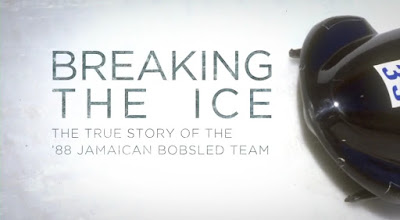 Breaking the Ice is a short documentary that tells the true story of the first Jamaican Olympic Bobsled team’s journey to the 1988 Winter Olympics in Calgary. This story caught the world by storm and was made into a blockbuster hit movie Cool Runnings a few years later. This movie became massively successful worldwide. While Cool Runnings was highly factionalized and problematically whitewashed for Western consumption (that is to say softened, “easier to understand” accents, lots of stereotypical jokes about Caribbean folks in the cold, and cartoonish characters with funny names), Breaking the Ice  tells the true version of the story and is, in my opinion, actually more interesting to watch. It follows the initial efforts to create a Jamaican Bobsled team by an American businessman, the recruiting of a military helicopter pilot Dudley Stokes, and three sprinters, Devon Harris, Michael White, and Freddy Powell, and their trials and tribulations through the bureaucracy that almost prevented them from competing. In the end they displayed serious athletic talent, impressed the Bobsledding establishment, and won over fans around the world with their underdog spirit. They did crash during their final run, and as a result did not medal, but they gained the respect of fellow competitors and showed that they were not as out of their depth in the sport as initially believed. 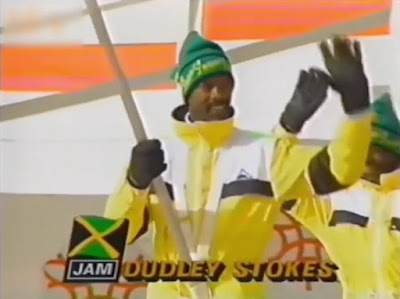 The parallel between this film and YMT is the theme of defied expectations. The Jamaicans were not your typical Boblsled team. The Jamaicans fought to get accepted in the Bobsled world. They were consistently underestimated and not taken seriously by the establishment, but persevered and were eventually accepted as legitimate competitors. In 1994, they returned to the Olympics and although they didn’t medal, they placed higher than both Teams USA and Russia. It’s a true story of competitors who “didn’t belong” gaining the respect of their peers through hard work and determination. YMT’s story has similar themes on a different scale. We are not your typical Muay Thai competitors. We have our roots in York University’s Muay Thai program, founded by Kru Jenypher in 2006. We were a small class in the basement of York U's gym with no heavy bags and very little equipment, that anybody with a student card could sign up for and as a result we were seriously underestimated. The Muay Thai community did not think that a group of nerdy university students with a female Kru could create strong competitors, or any sort of force to be reckoned with. They were wrong. We slowly developed and eventually outgrew our space. We moved to our current location in 2010, but the old reputation stuck. But we took ourselves seriously and dug in hard. Flash forward to today and everybody in Ontario knows that if they have an opponent from York Muay Thai standing across from them, they’re going to have a rough night. We won 3 gold medals at this years Nationals, 2 at provincials. We sent a competitor to IFMA. The Wall of Champions is running out of space.

Not bad for a bunch of nerdy university students.


Breaking the Ice can be viewed online at: http://www.sportsonearth.com/video/v31365693/the-true-story-of-the-1988-jamaican-bobsled-team
Dropped on the Internet by PCP at 9:01 PM 2 comments:


From now on, all our news and blogs will be posted directly on our website: yorkmuaythai.com !!

Thank you for staying updated in the happening world of YMT :)
Dropped on the Internet by ThisOne at 9:39 AM No comments: 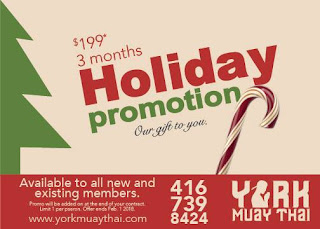 Monthly Focus: Teep
Philosophy: Timing
Dropped on the Internet by ThisOne at 2:48 PM No comments: 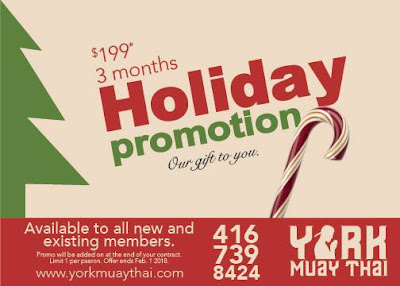 Our holiday gift to you!! Don't miss out on this limited offer for 3 months training at ONLY $199!!

Available to both new and existing students!


Dropped on the Internet by ThisOne at 2:47 PM No comments: 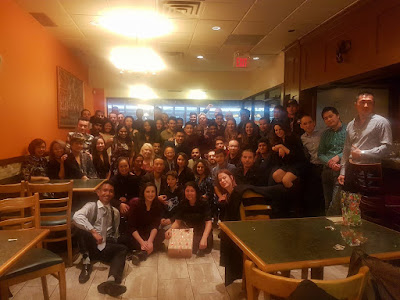 Here are your awards for 2017! The annual YMT awards are all very carefully considered, and every year it seems we out do ourselves with the amount of work put in for each!
Here are your recipients of the year:
Junior student: Martin
Most improved junior: Lusi
Senior student: Fritz
Most improved senior: Rafa
Instructor: PC Eugenia
Fighter: Carmen
Dedication: Norman and Michael P
Embodiment of a martial artist: Angela
Heart of YMT: Michelle
Best Nick Name: Heather "Big Heat"
Great job everyone!!! A huge congrats from all of the staff and instructors at York Muay Thai! 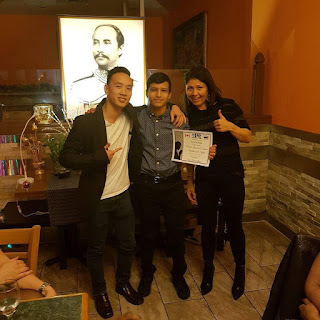 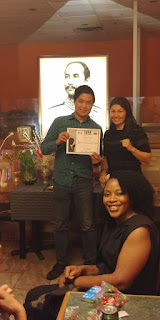 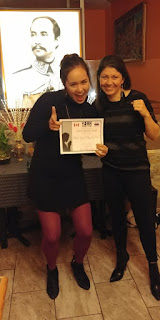 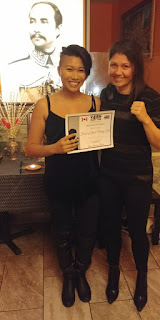 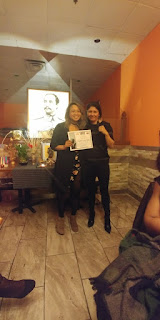 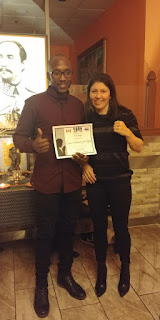 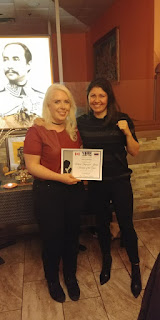 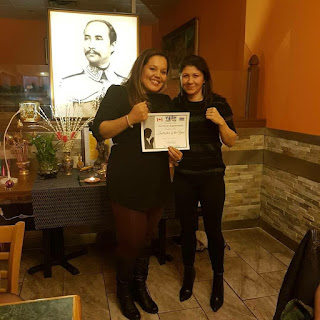 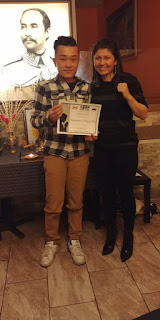 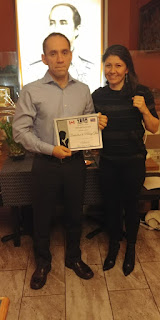 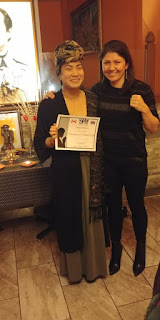 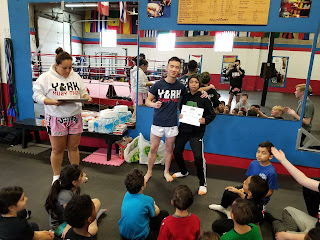 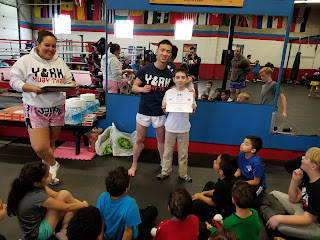 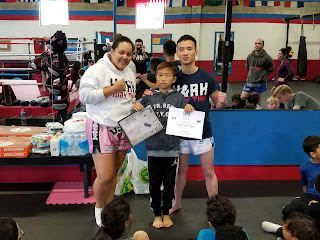 Dropped on the Internet by ThisOne at 2:46 PM 1 comment: 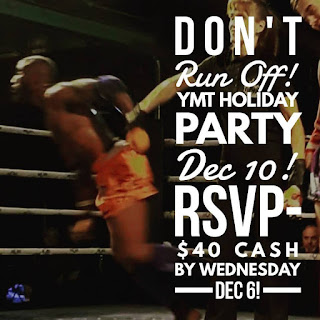 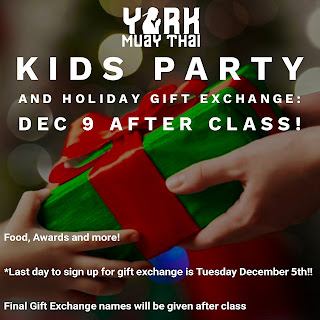 Dropped on the Internet by ThisOne at 12:24 PM No comments: