The following was written by a student of York Muay Thai, who learned how the principles of training affect our lives beyond the ring:


"It never ceases to amaze me how deeply Muay Thai affects my life. We are always told that the way we conduct ourselves in the ring can be translated into the way we conduct ourselves in life. Indeed, many real life situations are not unlike a boxing ring - a courtroom is no different. When I was training for my demo in the summer of 2015, I knew I was preparing myself for a test of my physical and mental abilities, but I could have never imagined how these two months of training would come to affect my life. 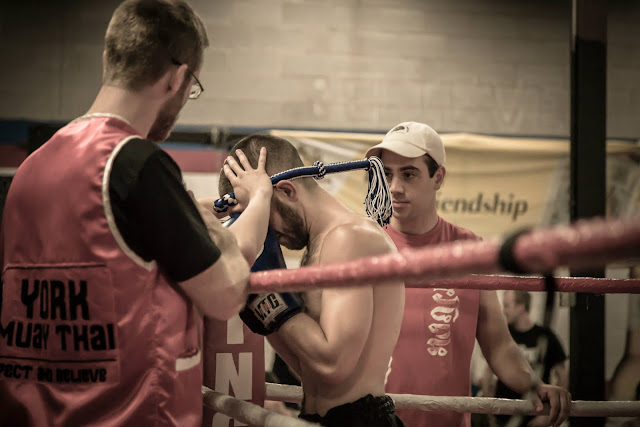 During training, I was constantly told to focus on my training, on my progress, on
sharpening my skills, and not on my opponent, his training, and his skill level. The only way my opponent was relevant during training was the fact I had to believe my opponent trained as hard as me, to then make myself train even harder. The training was much harder than the fight. It was riddled with self-doubt and blood. I questioned everything I did. My kicks weren’t fast enough, blanked out when I needed to follow up. I wasn’t confident when I was training. It was the confidence of my Krus and teammates that helped me push through training. On my last day of training, however, I felt confident - not in my skills per se, but in the fact I have trained as hard as I could, and that I was prepared.

I got my very first case in October of 2015, with a trial set in February. I had to prepare the case for trial, and then to go to court and represent the client. Much like fighter training, the trial preparation wasn’t easy: long hours, lost sleep, doubts as to my legal acumen… The last 4 weeks before the trial were the hardest - countless corrections from the supervising lawyer, unforeseen circumstances that forced me to scrap my prep work and draft it anew, up until 1am the night of the trial. 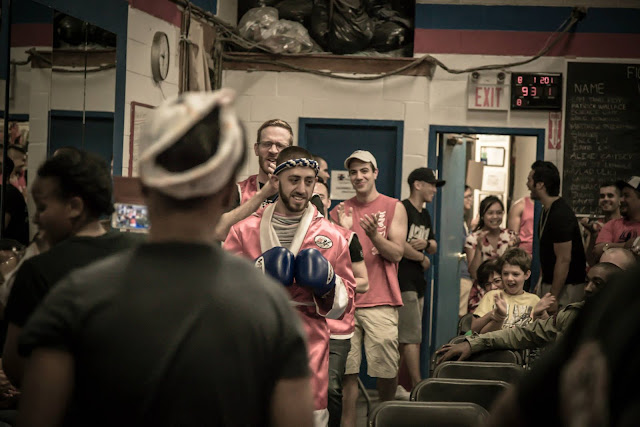 I didn’t realize it back then, but I walked in that courtroom like I did to the ring at my demo: With confidence, and smile (naturally, thinking “oh my god, I’m doing it, I’m actually doing it”). The prosecutor was someone with over a decade of experience, but it didn’t matter to me. I knew the case inside out, and I knew the client’s life story better than my own - I was ready to run the trial. I spoke to the prosecutor numerous times that day, and he attempted to discourage me from proceeding to trial because it was a losing case. To be fair, it was - but that didn’t matter. He told me things like “I just don’t get what your defence here is” and “I have your client on video surveillance.” I realized that his attempts to discourage me are only due to the fact that unlike me, he really didn’t want to be there. I decided to try and negotiate once more to get my client’s charges withdrawn in exchange for fulfilling some conditions (such as community service) to avoid a trial.

This was something I never planned on doing because there were two prior negotiations attempts that failed, but because I knew the case so well, because I knew my client so well, I was able to get that for my client - - and most importantly, because I was so well prepared, I had the confidence to try and negotiate once more despite the strength of the prosecution’s case.

I realized in retrospect that it was my fight training mentality that carried me through the entire experience, on a completely subconscious level. Training for the demo guided me in preparing for my trial; my experience in the ring prepared me for my experience in the courtroom. I saw an “opening,” (his unwillingness to be there), and I took it because I was confident in my “training” (my preparation).

This is one more example of how Muay Thai is not a hobby, but a way of life."

Dropped on the Internet by ThisOne at 8:43 PM