“No matter where I go, I know where I came from”- Jennifer Lopez, from the block.

A big part of traditional martial arts culture is paying respects to your teacher. In Muay Thai, we are reminded of this every time there are fights. Traditional schools will have their fighters learn and perform the Wai Kru Ram Muay: a dance which pays tribute to one’s spiritual beliefs, hometown, family, and most importantly their teachers. It’s a ritual that you don’t see in a lot of martial arts, let alone ring sports. Fight culture is often perceived as being all bravado and brutality...It’s not often associated with a sense of respectful meditation. Most people who aren’t accustomed to the Wai Kru Ram Muay are confused at first, but then become appreciative of the values it embodies once they learn more. 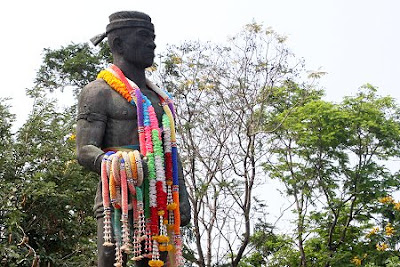 In fact, as the legend goes,Thai warrior Nai Khanom Tom had bewildered his Burmese captors with his own Wai Kru Ram Muay back in the 1700’s. When the Burmese sacked the ancient capital of Ayutthaya, they took many prisoners including this man. In the celebration of their victory, the Burmese King pitted Nai Khanom Tom against his own warrior in hand to hand combat for sport. Nai Khanom Tom first performed the Wai Kru, then proceeded to defeat his opponent handily. The Burmese had felt the Wai Kru was an unfair advantage, claiming it had distracted their warrior...so they proceeded to pit 9 more opponents against Nai Khanom Tom. In the end, he defeated all of them. The Burmese king was so impressed by this feat, he granted Nai Khanom Tom his freedom. It was seen not only as a victory for him, but a victory for the art of Muay Thai.


Today (March 17) is Nai Khanom Tom day. We reflect and pay our respects to this man, and all those who have helped pass on his legacy: Muay Thai.
When I think about this legend, and the significance of the Wai Kru, it becomes clear to me why this culture has persisted for so many years...even through to non Thai students like myself. We honour the brave spirit that it took for Nai Khanom Tom to be victorious. For if he had failed or given up, we would not have what we have today. 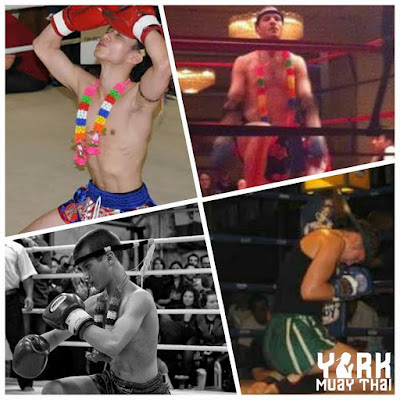 The Wai Kru honours this same spirit. Our teachers, who sacrifice so much of what they have to pass on their knowledge of the art, are worthy of our respect. They are also incredible motivation for us...knowing that someone has put so much of their energy and faith into you is a powerful thing.


So on this day, I’d also like to honour my Krus. In the fight game circle, you may see a lot of “dick measuring” and ego. People are often busy talking trash about everyone else’s credentials, experience and knowledge. What they don’t see is that a real Kru puts the needs of their students first. A real Kru finds the best opportunities possible for their students to grow, even if it means sleep lost or nights hungry. A real Kru channels that same determination that Nai Khanom Tom had into building other people. It’s been 9 years that I’ve trained under Kru Jen to date. In those 9 years, we’ve seen a lot of hard times, but at the end of the day she’s proven to be a real Kru. Of course, we can’t forget that she has been training for over 15 years, and was a professional champion. This isn’t about that though. This is about how we have built the best version of our gym to date, and we are only going to keep getting better...but that couldn’t happen without her sticking with it through the harshest of times. That couldn’t happen without her putting me first, putting her fighters first, putting her gym first….and now (with MuayThai Ontario), putting the sport first. 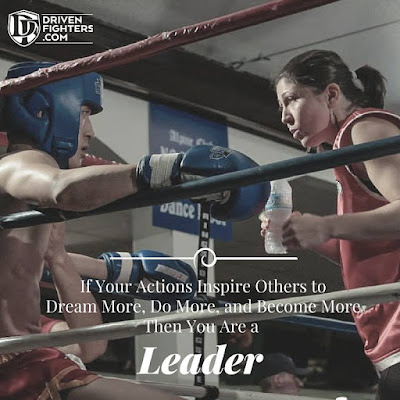 I see the costs. The amount of work, especially with trying to balance the needs of the government and the needs of the community to get Muay Thai full recognition is incredible. Add that to being a mother to a newborn. Add that to being a business owner and manager. Add that to training fighters and instructors. Yet she’s doing it. She’s still in the gym, running classes and putting our needs first. Don’t get me wrong, we have a fantastic team helping out. But we wouldn’t be anywhere, nor nearly as unified, without her leading us.


There are also some other Krus/ instructors I have to thank:

PC Constantine, Kru Nick, Kru Jay, Kru Kosta, PC Natalie, Tanachon Yingwitiyakun, Kru Mikey, Kru Miami, Kru Clifton, and of course Ajahn Suchart.  All of these people have helped me in some way during my Muay Thai journey, without asking for anything in return.


I’d like to invite you to take a moment, and think about all of those who have helped you too.

Dropped on the Internet by ThisOne at 1:06 AM