I'm writing this all from memory...

The two head coaches for Contender Asia Season 2 are to be: 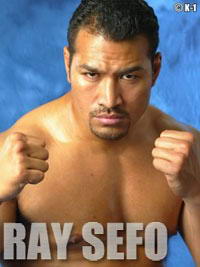 Stefan announced the following fighters as confirmed for the show:

*These are the names Stefan announced. I know there are other fighters who have already been in the talks for being on the show, some of which I probably mentioned in previous posts.
Dropped on the Internet by ThisOne at 12:34 PM