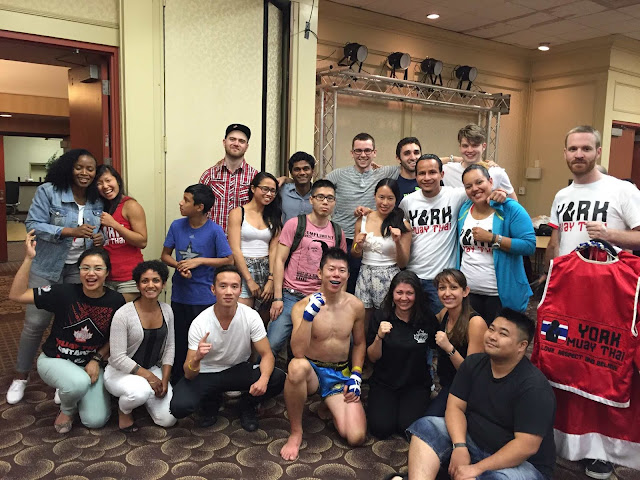 
Melissa stepped up to fight the toughest girl in the 112 lbs C class bracket, and fought valiantly. After 3 rounds of action she walked away with a decision loss, but a valuable experience. You can't hit this girl with anything that'll break her will! 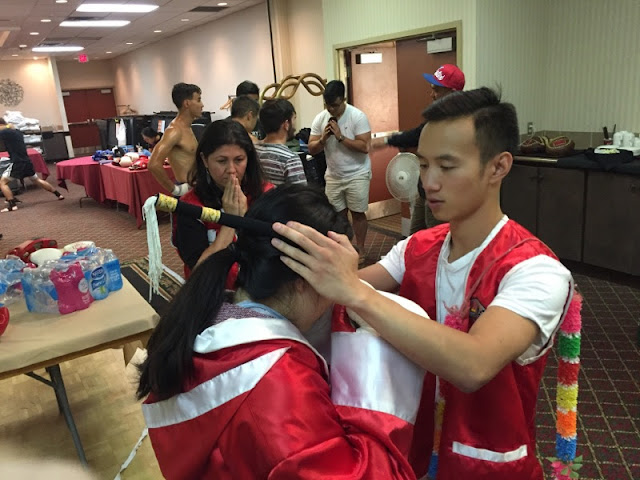 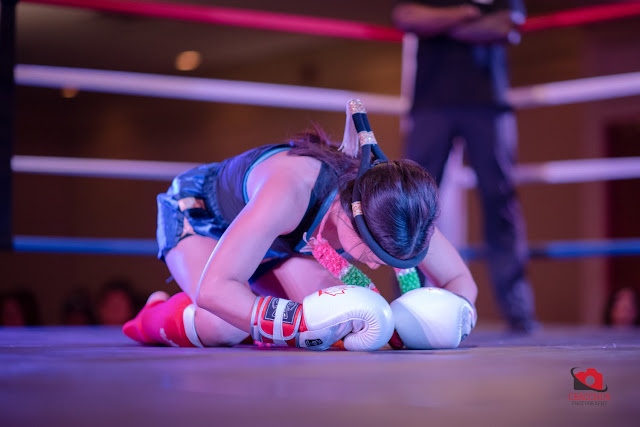 PC Jack fought a close 3 round war in his first A class sanctioned fight. We believe his ring generalship and "never take one for free" attitude edged the tight battle in his favour. However, credit must be given to his opponent, who showed a ton of skill and grit, making the bout a very tense and exciting one. 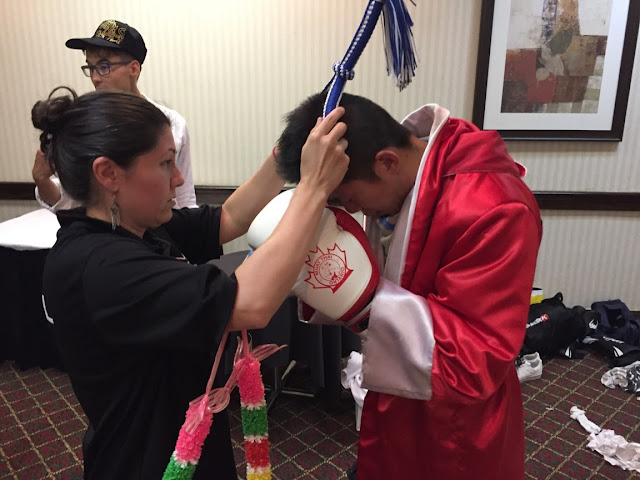 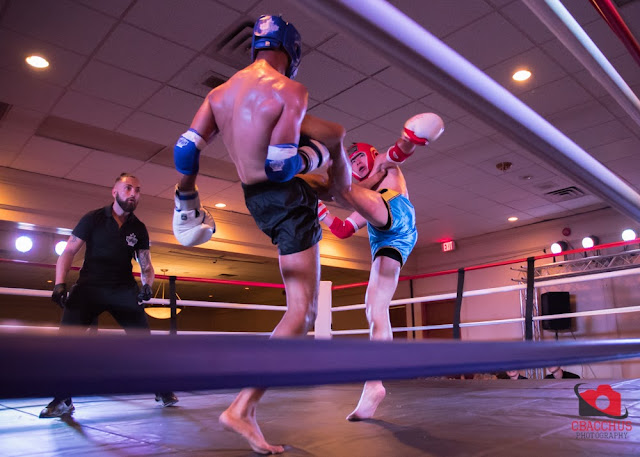 What impressed us about both of our fighters was how they handled themselves as the fights progressed. Rather than fading or showing weakness, they carried themselves stronger towards the end. It's a testament to their heart and dedication, especially when facing opponents who were such strong matches for them.

We would also like to say how proud we are of PC Mike "Science Guy" Reid, who promoted the show. He showed true professionalism and care toward the athletes, and did his best to provide a safe and fair environment for all teams.

Dropped on the Internet by ThisOne at 9:30 PM