What's it Really Worth to You? 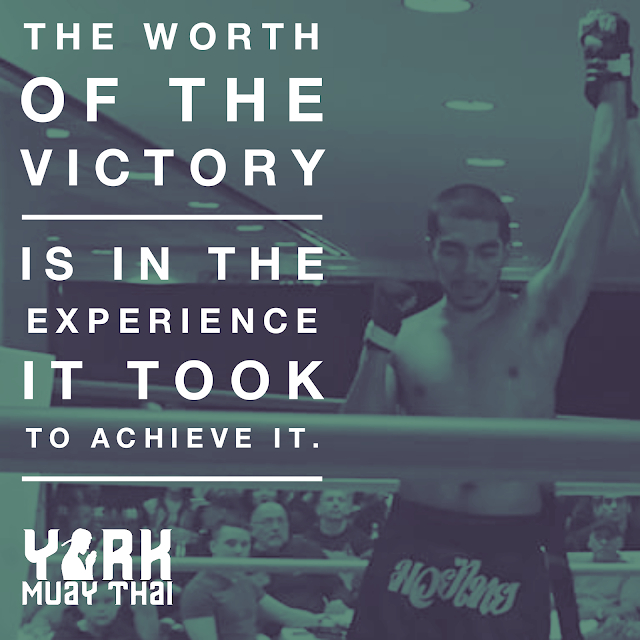 What did you sacrifice to get to where you are? What lessons did you learn from the experience?

With fighting, it's often easy to get caught up in the "win/lose" nature of it all.

To the initiated: number of wins, titles and total fights reign supreme. Anyone who has trained long enough knows that these things don't always tell the whole story.

PC Patrick, in his first tournament, was at the lower end of the B class division. He was put in there partly due to a couple boxing fights he had a few years prior. His first match was against an undefeated fighter who had reportedly KO'd 80 percent of his opponents. PC Patrick finished this fighter with knees in the first round. However, when fighting the rest of the tournament, he had much more challenging fights against others with less impressive looking records. In the end, PC came out with the gold... but it was proof that you can't judge the worth of a fighter based on wins alone.

We certainly train our fighters to win, but we also look beyond it. Letting them have tough matches where they must be pushed to unlock more of their potential is most important. Growth is the priority.

Take that in for a second. Do you really appreciate where you are right now? Did you put in real work to get that far? Win or lose...did you become better than before?

Whether you're jumping in the ring, the gym, or another arena that life throws you into, make your experience worth it.


Dropped on the Internet by ThisOne at 9:40 AM