There was no more polarizing figure in boxing in the latter half of the last century than Muhammad Ali. Presently, he is mostly looked upon with a fond reverence, as a religious elder in the Islamic community, as an activist in the civil rights movement. Ali is a legend, to be certain, larger than life, yet very much human. He had his strengths and his weaknesses, just like anybody else. For a greater insight into the man behind the legend, and those who were affected by him, check out the 2009 documentary Facing Ali, my movie pick of the month for January.

"He found a reason to fight for other than money and championship belts. When a person finds something like that, you can't hardly beat them." - George Foreman

"If there ain't been no Ali, you think you'd be here talking to Ron Lyle? About what?" - Ron Lyle

Ali first won the heavyweight world championship title at the 22 years of age with it captured the hearts and minds of his fans, and carried a lot of influence with his new-found celebrity. Unlike other boxers of his era who mostly spoke using their fists, he portrayed an outspoken grandiose personality. He able to use his words quickly and sharply, and would talk circles around his opponents in interviews, at press conferences and at weigh-ins. But he also had the talent to back up his words; He could fire his hands as lighting-fast as his trash talk. He also had his finger on the pulse of the public consciousness and would often make controversial statements in the media, particularly around race-relations at the time, the civil rights movement, and his opposition to the Vietnam war. These were things that boxers, who usually come from the lower rungs, the uneducated lower classes of society, simply didn't talk about and it made him a polarizing figure in America, equal parts loved by his fans, the marginalized, and oppressed and hated by those in the establishment.

There have been many great books, movies, and documentaries made about the life and boxing career of Muhammad Ali. If you get a chance, you should check out Academy Award winning When We Were Kings (1996), arguably one of the best boxing documentaries of all time, documenting Ali's legendary 1974 victory over George Foreman in Kinshasa, the so-called "Rumble in the Jungle". Ali has been on the cover of Sports Illustrated more than any other athlete in history. He represents a true cross-over star in the boxing world. To say that there is no figure in Muay Thai that is an equivalent to Muhammad Ali would be an understatement; There is no figure in any sport that is his equivalent. I can't say how many of your grandmothers were big boxing fans when they were younger, but I can guarantee that they knew who Muhammad Ali was.

Facing Ali provides a unique perspective on Ali as a fighter and as a person. It presents a portrait of the man not from interviews with and news clips about him, the path that many of the documentaries about him tend to take, but from present day interviews of 10 of Ali's opponents. The general story of Ali winning the title vs Sonny Liston, being stripped of it and suspended for refusing to serve in the Vietnam war, making a comeback and becoming the first man to become a 3-time Heavyweight champion, and his eventual decline are all provided through short clips, but serve as background to the meat of the documentary.

I don't know about anybody else, but I could listen to an old fighter tell stories about their fights for hours. Even if the fight was 30 years ago, they still tell it in such vivid detail that you swear it just happened this
morning. They remember which shot landed, which shots missed, which ones hurt and which ones didn't. They remember what their corner told them before the fight started, the cheap shots that nobody saw, and what the ref said to them at the center of the ring. The interview material provided by Facing Ali is absolutely fascinating. The varied perspectives and background stories of each of Ali's opponents before they fought, and the trajectory of their lives afterwards makes it clear that their lives are now divided into two parts: before and after they faced Ali. 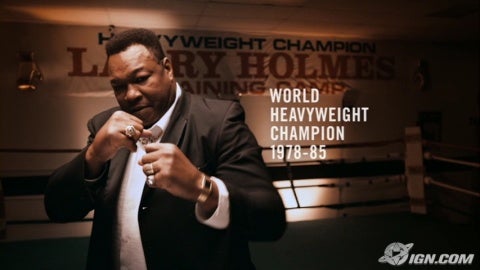 Some of the segments are very entertaining. Henry Cooper and George Foreman are excellent story tellers with great insight into their fights with Ali and the effect of them on their careers. Others have a more touching and hard hitting story to tell. Ken Norton discusses how his fight with Ali pulled him out of poverty and put him in a position to provide for his family. And I challenge anybody here to watch Canadian fighter George Chuvalo's moving interview without wanting to cry, at least a little. Both Foreman and Chuvalo provide interesting behind the scenes information about the politics of the fight game in the 60s and 70s that are often glossed over (Chuvalo pulls no punches, particularly when discussing the mafia influence on the business side of boxing and with Sonny Liston taking a dive in his second fight with Ali). But the one thing that is clear across the board from everybody featured in Facing Ali is how much respect that they had for the man who was a game-changer for boxing. Time seems to have healed the wounds inflicted on Ali's opponents by his trash-talk and they all seem to look back at him with great reverence. Even Joe Frazier, who still seemed a little annoyed in 2009, still demonstrates respect for him.

A critique of this film that could be made is that it doesn't capture a clear image of Muhammad Ali himself, but I believe that to say that would be to miss the point. The image of him is filtered through the lens of 10 different fighters who encountered him at 10 different points in time. It varies from invincible to beatable, superhuman to worn out, lightning fast reflexes to weathered and hitable. Everybody's perspective is coming from a vastly different place. Although he's the central figure, this movie is not really about him. It's about the men that he fought, and the image of them that it captures is crystal clear.