Keeping with the theme of elbows for this month, we look at this fight shared by PC Construction. *He will be breaking this fight down on Sunday at 630 at the gym!! Don't miss it!*

Aside from the fact that it's a banger, you gotta love that use of the tad mala...uppercut elbow. Basic straight and cut down elbow are also on display in all their glory as well. Overall, it's just a reminder that basics win fights when applied with good timing and range.  Come out on Sunday 630pm to learn more behind the strategy used in the fight!

Dropped on the Internet by ThisOne at 10:08 AM No comments:

Come out to a night of fun that will help send the YMTeam representing our gym all the way in Oklahoma for the Striking Championships! COME DRESSED UP!

1. Play in our 50/50 poker tournament. $20 buy in, and half the pot goes to the winner, other half to help support Team YMT. Watch out for Tremaine!

2. Board/other card games- We ask for a small 5$ donation per person (if not playing poker or doing costume contest)...come out to both build and ruin some friendships with fun games

3. Best costume as determined by vote by the end of the night will win a FREE personal training session with the fighter or PooChoi's Cam and Patrick (killer pads, fitness, technique...or all of the above if you like). As with board games, we ask for a small $5 donation if you are not participating in the other 2 activities.

4. Kick Donation box: we will have a donation box which, for each $0.50, athletes will have to kick the bag/pads. Pledges will be made on the night, the final number tallied, and the dreadful kicks will be made.

**Sparring moved to Thursday Oct 23 for this week!

Dropped on the Internet by ThisOne at 11:04 AM No comments:

Schedule change!  Thursdays at 6:30pm, you can now your functional, intense and always fun sweat on with our Sergeant, PC David!

This means bootcamps every Tuesday and Thursday at 630 is another day to level up your conditioning...burn all that energy out with the man himself.

As a result, there will be no more bootcamps on Sunday. However, Grant's strength class will still be on Sunday. These classes are compliment each other, and Muay Thai perfectly. Cardio and endurance, stability and power, and finally your martial skill.

Make sure you're getting the complete package when you train!

Dropped on the Internet by ThisOne at 7:42 PM No comments:

Get ready for YMT's next show!  Come watch some exciting Muay Thai exhibitions on
Saturday October 18th at our gym.

It will be a night featuring tons of amateur talent from across the GTA to showcase their skills in the ring. No losers in this one! Save the date and get ready for some action!

Dropped on the Internet by ThisOne at 11:09 AM No comments:

Here are some photos of our guys from the Tri City event Validation, taken by Dave Borland. This is getting a separate post to properly give credit to the photographer:

Dropped on the Internet by ThisOne at 11:51 PM No comments: 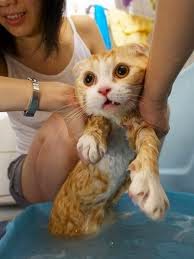 Not sure if you've noticed, but there's been an awful lot of clinching going on after class. PCD has been nice enough to facilitate. Great opportunity to work on a highly neglected yet super important aspect of our sport. 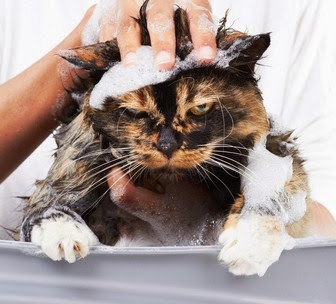 Historically, Muay Thai gyms from Ontario dominate in the clinch during competition, across the board. You need look no further than a MT tournament in the US of A to see evidence of this. Thus, when fighting in Canada, you absolutely need to have a solid clinch or else you could be in for a long night. Just ask somebody who had their first demo and never after class stayed for clinching. 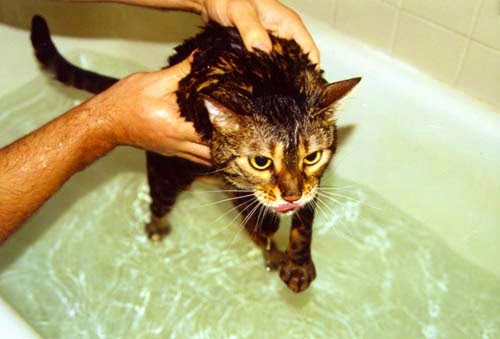 Check out this article emphasizing the importance of clinching:

"I am here to tell you: if you are not technically sound in the clinch, then you are horrible in the clinch.  Regardless of any strength or size advantage."
http://www.phillymma.com/muay-thai-clinching-like-trying-to-bathe-a-150-pound-cat-philly-kickboxing

Peace.
Dropped on the Internet by PCP at 11:33 PM No comments:

Validation was the inaugaral WKF Muay Thai show in Canada and was a great success. A sold out crowd filled the Alpine Club in Kitchener with shouts of "oway!"

Mike Zhang fought a hard 3 round fight, managing to ramp up his energy in round 2 and 3, finding his mark with a barrage of punches. His opponent did well trying to defend by closing the distance, but Mike's intensity kept it difficult for him to do so. It was a nearly non stop fight between these two, trying to convince the judges who wanted it more. In the end, Mike took him the unanimous decision as he was able to ride his momentum and overwhelm until the final bell.

PC Cam also fought for the full scheduled 3 rounds. Opening up strong with legs and hands, he exploded inward which led to the clinch. While he managed to throw his opponent in the first round, his opponent was able to adjust afterward and avoid being turned or moved very much for the rest of the fight. This is where the bout became close. PCC was able to utilize hands and legs on the outside, but once in the clinch, it became a tight race. His opponent did a good job of smothering him to the ropes and maintaining his balance. It was a tight grind towards the end. After the final bell rung, it was his opponent who was awarded the split decision win.

Thank you to everyone who came out to support these boys. The #YMTeam was amazing and probably shook the room with their cheers. You can check out some pictures in the post below!

Dropped on the Internet by ThisOne at 1:23 PM No comments:

Dropped on the Internet by ThisOne at 12:57 PM No comments: