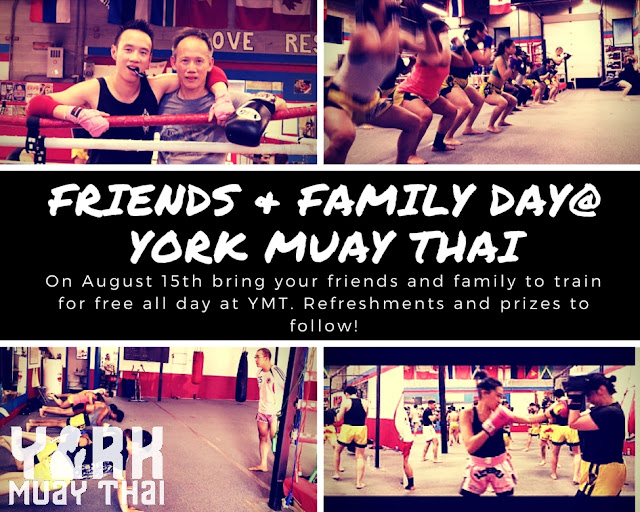 Bring your friends and fam to train for free on Saturday August 15!  Refreshments and prizes to follow.


Dropped on the Internet by ThisOne at 11:51 PM No comments:

Last event's fights, live band, and lip sync battles are going to be topped by:


Set to rep YMT for the first time ever: Alexei, Mike B, Nick and Vlad!

Stay tuned for even more details regarding this summer's hottest event!!

Dropped on the Internet by ThisOne at 3:30 PM No comments:

Dropped on the Internet by ThisOne at 11:38 AM No comments:

We have had the privilege of Coach Grant's guidance for almost 3 years now....and it is with both sadness and pride that we say good bye to him as he embarks on his next adventure.

Thank you Coach, for helping us understand how to move efficiently, safely and with strength. Thank you for answering the countless questions and extra time you put in to everyone that needed you. Thank you for being an active part of our community, supporting at events and representing our team. Thank you for caring.

You've impacted the entire YMT family more than you know, as future generations will benefit from the knowledge you have passed on.

Good luck with the big move. We know you'll be amazing.


The Monday and Wednesday schedules will be going through a shift, as Coach's strength classes will no longer be running. Strength classes will come back in the future, but we want to make sure we do it right. Please be patient with us as we go through this transition.  An updated schedule will be released soon.  Otherwise, the regular Muay Thai classes on those days will remain at the same times until further notice. Thank you.


Dropped on the Internet by ThisOne at 11:07 AM No comments: 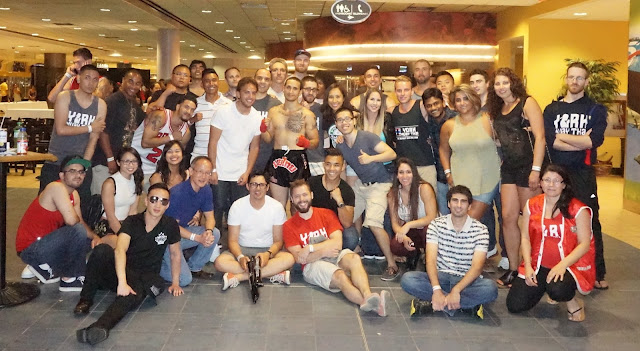 What a night!  Destiny Fight Productions first fight night, sanctioned by Muay Thai Ontario was a charged night of action. Destiny ensured that the event looked and sounded incredibly slick, while MTO provided top notch officiating to keep the bouts safe. The Woodbine Race Track provided an incredible stage for a night of Muay Thai.

York Muay Thai showed up with over 70 supporters for our boys, and were easily the most vocal...cheering on their athletes who worked so hard to represent them. 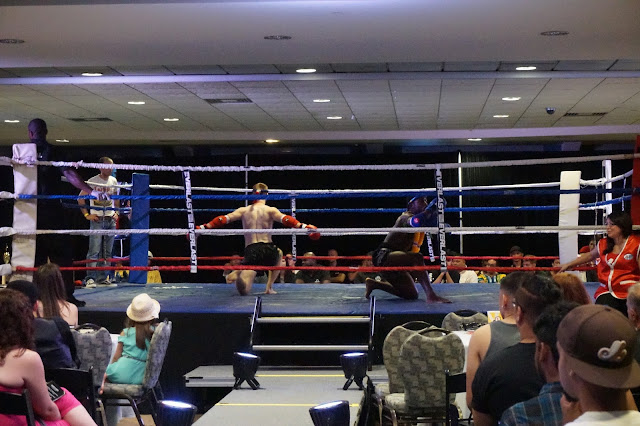 PC Patrick fought a strong opponent. He came out with his signature technical style, but unfortunately the bout was stopped by the doctor in the 2nd round. 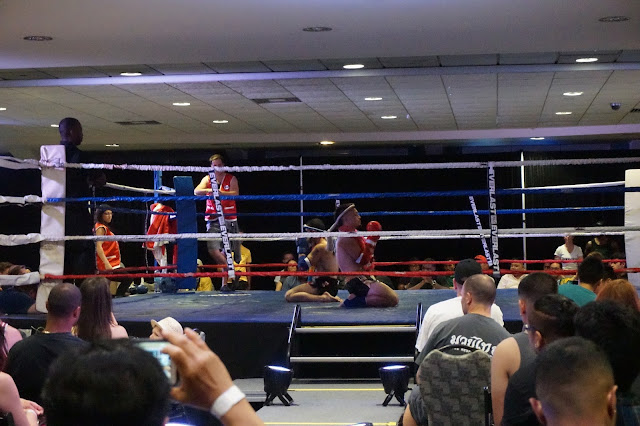 In the main event, Derrick fought a war against Kru Bruce. Kru Bruce dictated the pace immediately with a strong and accurate offense, but Derrick was able to shift the momentum as the fight progressed. Both men made it an absolutely electric bout until the final bell, firing all 8 limbs with bad intentions. In the end, Derrick's grind in the latter rounds earned him a unanimous decision win.

We are proud of both fighters, who sacrificed and went through much during this training camp. We are thankful to our team of seniors and coaches who had a hand in preparing them. A shout out must go to Warrior Muay Thai and Chris, who gave up their time as sparring partners and pad holders. Lastly, our gratitude to the YMTeam who kept the gym full of energy, pushing these fighters to the limit, and then coming out in force to make sure they knew who was the crowd favourite.

Ticket are almost gone! Get Yours!!

Don't forget to grab your tickets at YMT for July 18th. It's the BIGGEST fight even of the summer in Toronto and held at the Woodbine Racetrack no less.

PC Patrick is ready to take on the tough challenger from Quebec in a full rules Muay Thai fight that'll showcase the beauty of what we do.

Also on the card, and headlining as the main event will be Derrick, fighting Southside's Kru Bruce Ong in a fight that also promises to showcase top amateur skill!

*Upon check in ticket holders will be offered a $10 free slot play for your enjoyment of the casino slots one floor below the event hall. Entrants must be of legal gambling age in order to receive the gaming voucher. Not valid with any other promotions.*


Dropped on the Internet by ThisOne at 10:57 AM No comments:

Student of the Month (June '15): Praveen

Dropped on the Internet by ThisOne at 10:53 AM No comments:


Dropped on the Internet by ThisOne at 10:20 AM No comments:

Grab your Tickets for Destiny!!

Get your tickets at YMT before they sell out!  Destiny Fight Productions is hosting their mega show of full rules Muay Thai at the Woodbine Racetrack! A fitting venue for such a massive event in Ontario Muay Thai!  Derrick and PC Patrick are on the main card repping our school, and both put on crowd pleasing, technical performances...expect a good one!


Dropped on the Internet by ThisOne at 11:12 PM No comments: