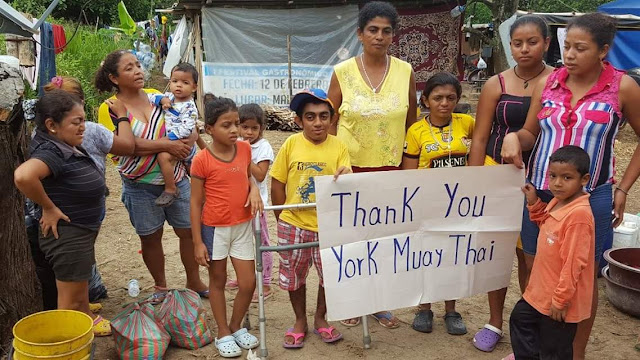 We are strong. We are privileged. We are martial artists...and we can help those in need.

It was an honour to help raise funds and send clothes to the victims in Ecuador. It was surprising and heartwarming to receive this photo.

Dropped on the Internet by ThisOne at 6:55 PM No comments:

Writing on the Wall:


Dropped on the Internet by ThisOne at 11:17 PM No comments: 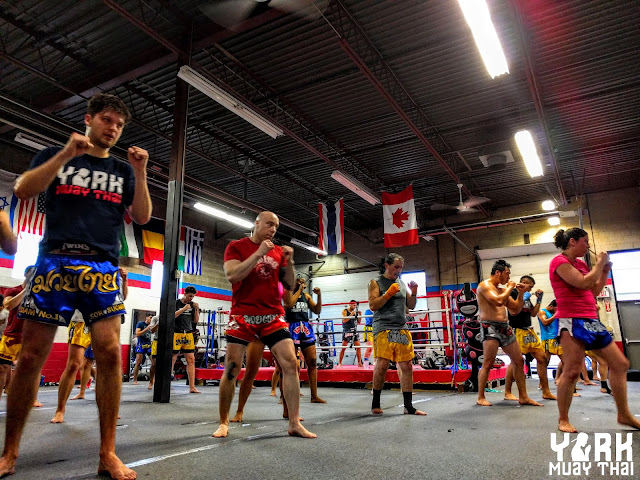 Dropped on the Internet by ThisOne at 11:16 PM No comments:

"The point of your first fight is to find that when you are pushed to the brink, you will fight back"- Shanks, YMT athlete.

Congrats to our "green" fighters: Shan, Matador and Sahila on their first bouts! So much potential...we are all so proud and excited :)

Each one had their own goals, and took a major step to reaching them on Sat May 14. 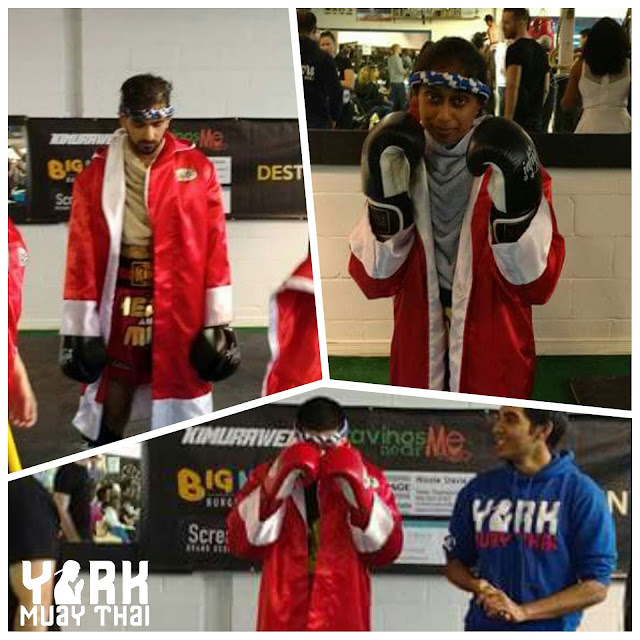 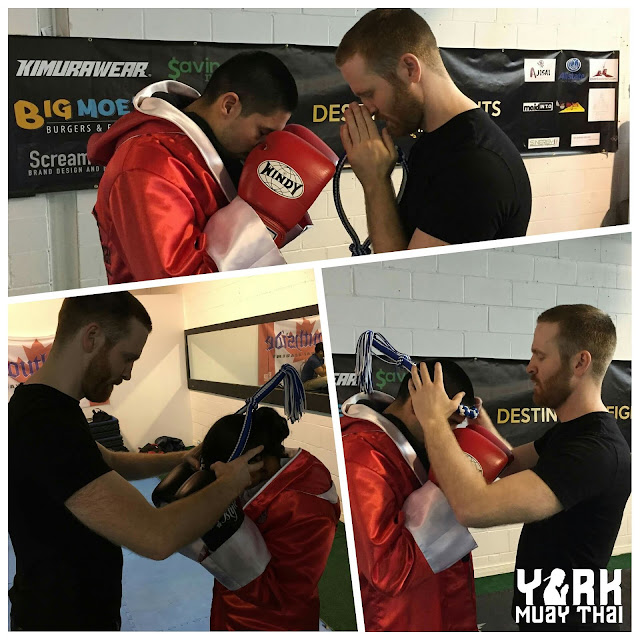 Dropped on the Internet by ThisOne at 11:14 PM No comments:


Tough night of fights for YMT at 5 elements fight night! Carmen had her first fight ever, constantly pushing forward. She lossed a hard fought decision to a strong opponent. We are so proud of her heart and strength. Back to the lab for this future champ. Peter won a decision, showcasing that he is one of the most technical in his weight class... but there is a lot to work on and improve. We are excited to see him ascend to the next level and realize his potential. 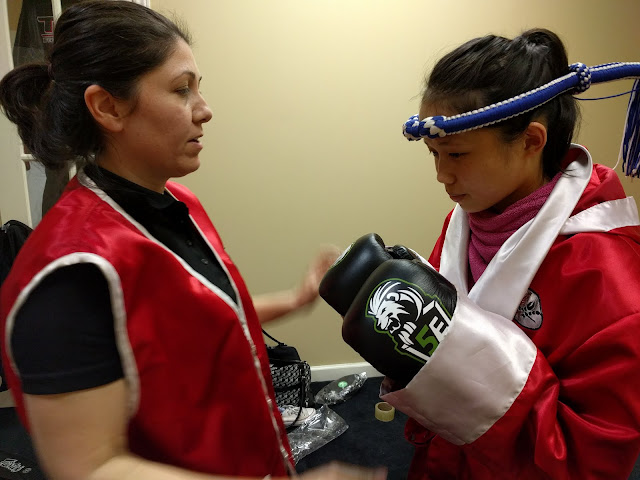 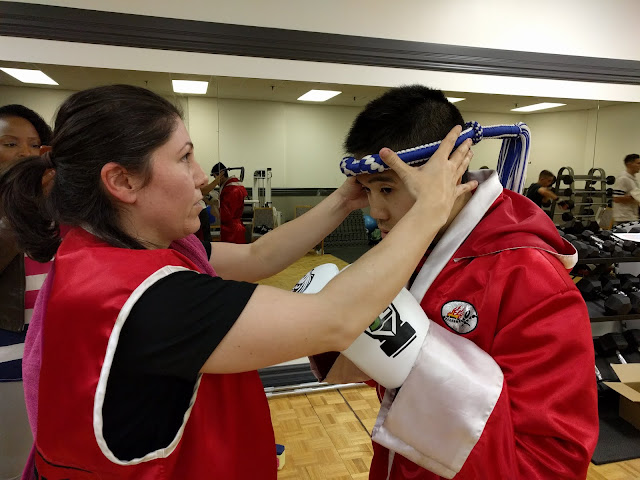 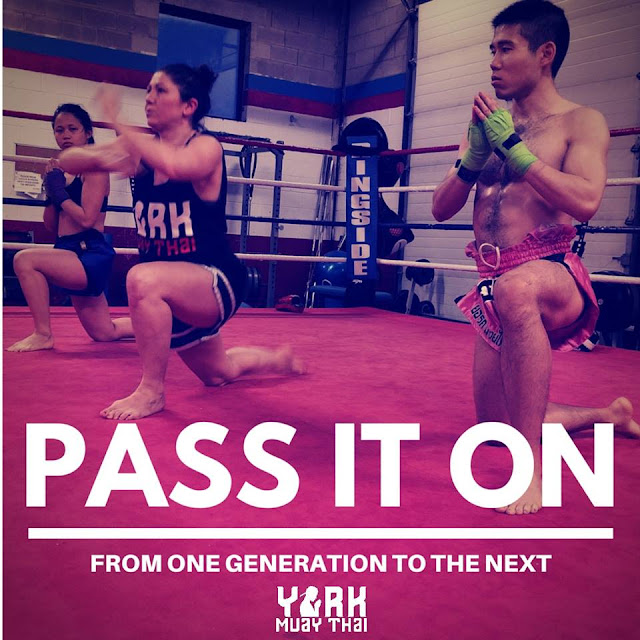 Dropped on the Internet by ThisOne at 7:34 PM No comments: 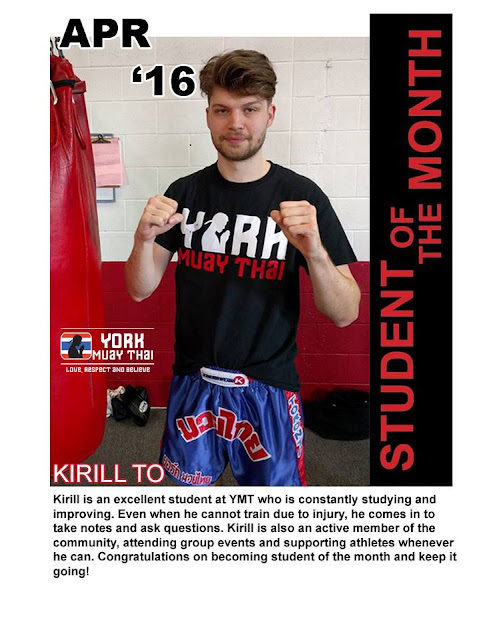 Dropped on the Internet by ThisOne at 7:32 PM No comments: 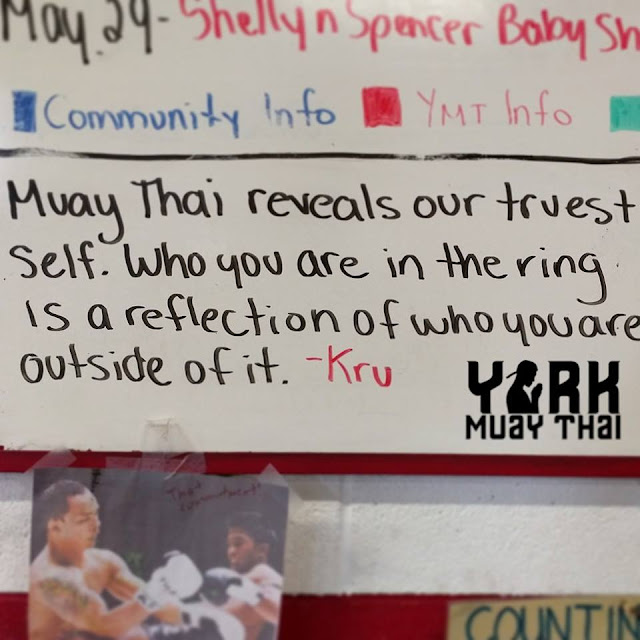 Martial art is a reflection of the self. Once you see your true self, you can understand it deeper and improve it.

We've had a fantastic energy at YMT lately. The important thing is to keep it going. Stay motivated, curious and work together! 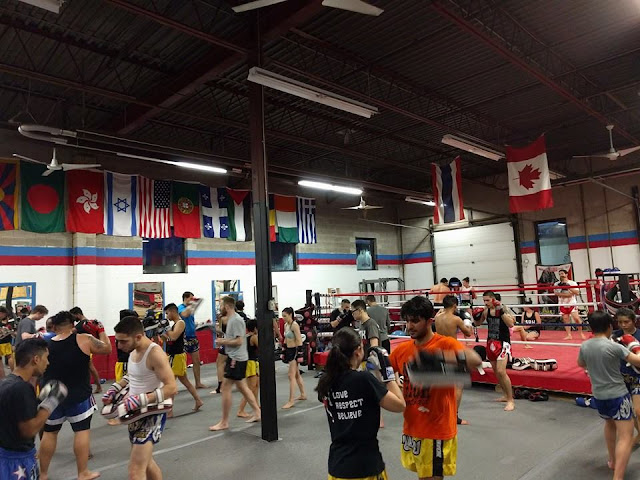 Dropped on the Internet by ThisOne at 7:31 PM No comments: 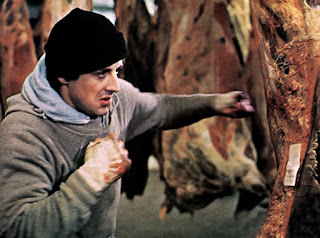 You know, people sort of forget about the first Rocky movie. When people think of Rocky movies, they think of ridiculous, over-the-top scenes of Rocky brawling with Mr. T and Hulk Hogan in the same movie (Rocky III) or Rocky winning over a Soviet crowd and helping to end the cold war (Rocky IV), but they forget the series' roots. The first Rocky movie isn't an action movie, or American propaganda, but rather an introspective, character-based underdog story. In fact, Rocky won the Academy Award for best picture, not something any of it's sequels can claim (none of them even came close until Creed was nominated for Best Picture in 2016, 40 years later). 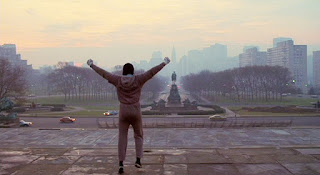 For those of you who haven't seen it, Rocky tells the story of Rocky Balboa, played by Sylvester Stallone, a likeable low level boxer of limited skill who finds himself in title fight against Apollo Creed, the undefeated world champion. Rocky is used to fighting small time fights against nobodies to make ends meet, supplementing his income working as an enforcer for a loan shark. He is contrasted by Creed, a cocky, bombastic, pseudo-fictionalized Muhammad Ali persona who represents the biggest opportunity of Rocky's life. Everybody involved with this fight understands what it is, Rocky is being brought in as a last minute opponent to lose to Creed as a marketing gimmick to sell tickets to local boxing fans in Philidelphia. The perception of the fight is that Rocky is a serious underdog and has no business being in the ring with Creed, as he was literally picked at the last minute replacement based on the sound of his nickname, "The Italian Stallion". Rocky himself knows this, and initially refuses the fight, but then accepts the fight with one goal in mind: to go the distance with the best. 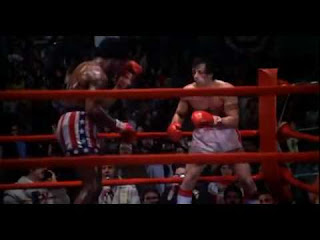 People who watch Rocky and say that it would've been better if Rocky had won (i.e. fans of Rocky II) are missing the point. People forget that Rocky isn't supposed to be good at boxing. He's supposed to a brawler with the heart of a lion. By hanging in tough, getting through 15 rounds of punishment from the best in the world and still standing, Rocky gets the moral-victory. And once again, in my monthly movie post, I find myself returning to the theme of heart. Heart and determination are the central themes of this film, not just in the ring but also in personal relationships with his girlfriend, her abusive brother, or with his cantankerous trainer, Mickey. I'm sure all of us have witnessed a fight where we are more impressed with the loser's heart than the victor's skill. Yes, he loses the fight but he never quits and fights until the last bell, so in the end he wins something even more important: Self-Respect.

Dropped on the Internet by PCP at 11:16 AM No comments: