Congratulations to our new batch of Red shorts level students in the Kids class!

York Muay Thai's Children's program is a graded system for learning traditional Muay Thai techniques. Students have coloured shorts to signify their stage in the system, as well as a progress chart to help keep track of the techniques required to move on from that stage.

Progressing from yellow shorts to red shorts is the first step in this system. These students must now continue to develop proficiency in other traditional techniques, and increase their physical capabilities. 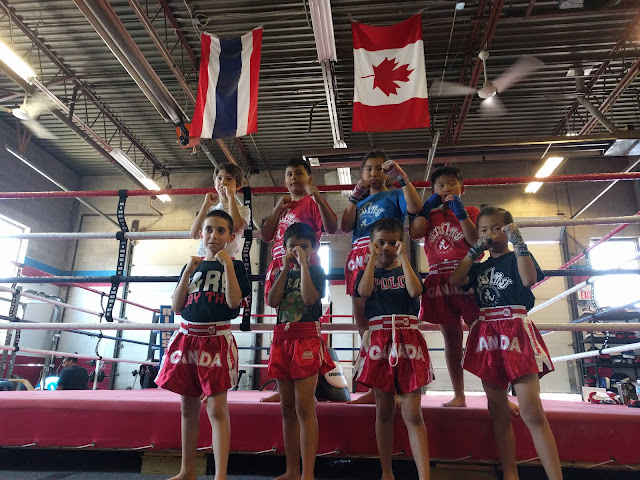 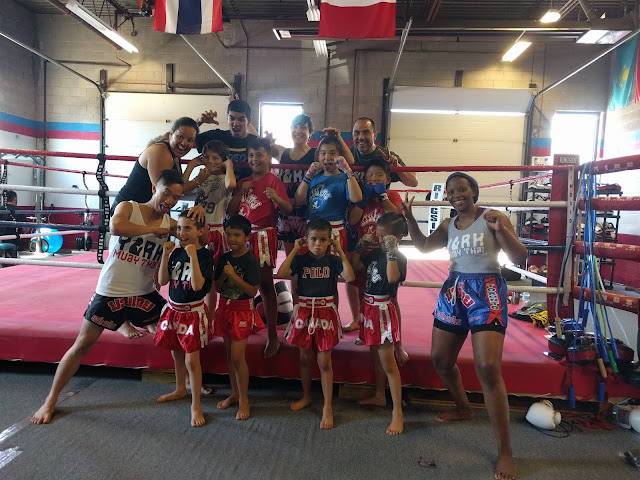 Dropped on the Internet by ThisOne at 11:49 AM No comments:

A fantastic job well done by Peter and Frankie, repping YMT in the ring at TKO's exhibition event in Kitchener this past weekend (June 18). Both showed technique and skill. Thanks to TKO for having us! 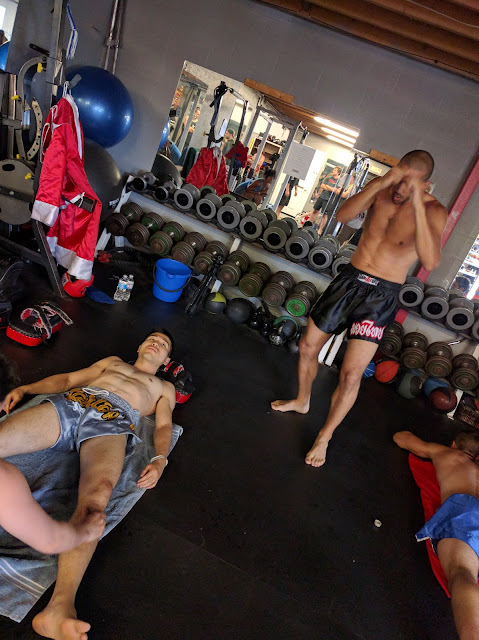 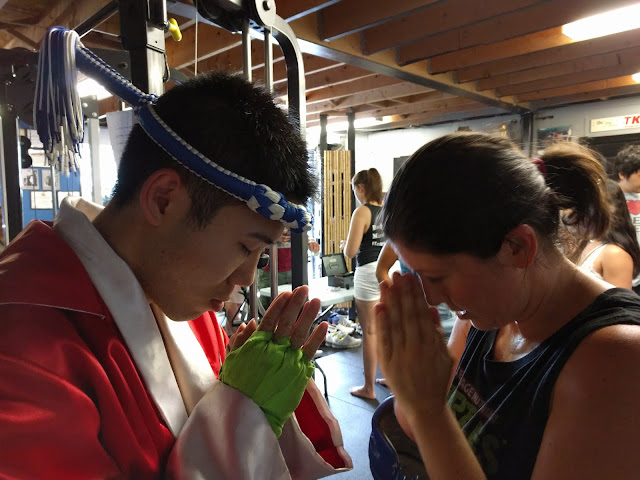 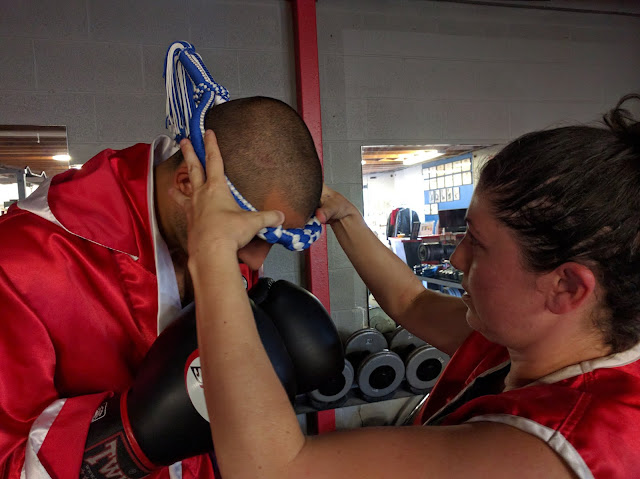 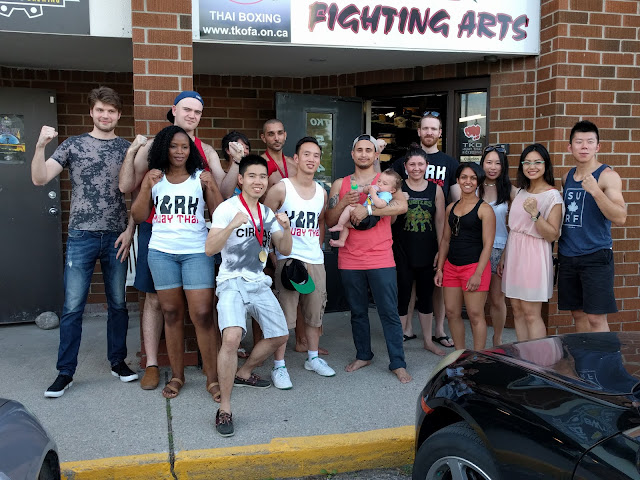 Dropped on the Internet by ThisOne at 11:00 AM No comments:

Ok, this month's pick is kind of a downer. It lends itself more to self reflection than it does to crowd pleasing. It's an introspective character piece carried by incredible acting and direction. Next month is more uplifting, promise. That being said, this movie is fantastic and a definite must-see.

"Now, I don't hear as good as I used to and I forget stuff and I aint as pretty as I used to be but God dammit I'm still standing here and I'm The Ram.... they say 'he's washed up', 'he's finished' , 'he's a loser', 'he's all through'. You know what? The only one that's going to tell me when I'm through doing my thing is you people here."  - Randy "The Ram" Robinson 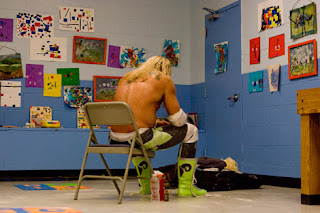 2008's The Wrestler, directed by Darren Aronovsky, is not a happy movie. It's brutal and honest in its approach to telling its story, about broken down performers who are past their prime, struggling to keep their place in the spotlight. Mickey Rourke plays likeable professional wrestler Randy "The Ram" Robinson, a sort of pseudo-Hulk Hogan character. Randy was a huge draw in the 80s, selling out arenas, doing massive pay-per-view numbers, and gathering legions of fans. But alas, time was not kind to him. 20 years later he is living in a trailer park, working at a grocery store, and still performing in small shows for little money at a fraction of his previous ability. He is now dependent on pain killers as a result of the abuse that he has put his body through and uses steroids to enhance his aging muscles. When a medical crisis hits, and he is told by the doctor that he can no longer wrestle, Randy is forced to seriously reassess his life. Wrestling has become so much a part of his identity that removing it represents an identity crisis, and now he has to see what he can salvage from the ruins. Going on the advice of his de facto girlfriend, an aging stripper named Cassidy (Marisa Tomei) who's own story of struggling to stay relevant in a career that favours youth mirrors Randy's, he attempts to reconnect with his estranged daughter and settle into post-wrestling life. But old habits die hard, and Randy finds himself drawn back to the ring, clawing for every last ounce of glory that he can hold on to. 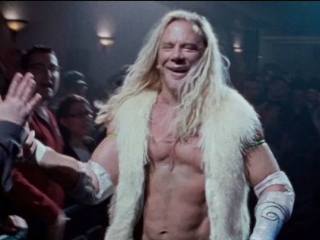 There are a great deal of parallels to be drawn between Randy's story in The Wrestler and fighters who compete in combat sports like Muay Thai. First of all, there's the sacrifices that a fighter goes through in order to compete. These sacrifices are invisible to the spectators. We don't see the missed birthday parties, family gatherings, or social events. We don't see them eating salad and drinking water on New Years Eve, or sending an e-mail explaining why they couldn't make it to the family wedding because they were out of the country. We don't see the arguments, the breakups, the divorces, the resentful children. Fighting as a career has the potential to wreak havoc on family or personal relationships. In The Wrestler, Randy is estranged from his daughter because he put his wrestling career ahead of family. The same can also be true of fighters if they do not balance family with their chosen career. 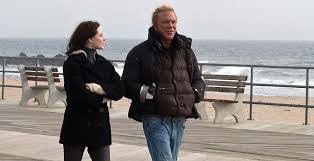 We also don't see the consequences and effects that a fight career has on their bodies. We get amped when we see a fighter get knocked out in a highlight reel, but don't see the potential long term health issues that could result from taking punishment in the ring.We also don't amount of training and sacrifice that they put into it. Fighters at any level, be it a rookie with a couple of entry level demos or a professional world champion, they will all tell you that that they sacrificed a lot. Everybody is fighting despite something.

Another parallel that can be drawn between The Wrestler and fighters of any combat sport involves the decision to hang the gloves up for good and how challenging this can be for some. There's something to be said for retiring gracefully. UFC fighter Chris Lytle retired on a win, knowing full well walking to the ring that it was to be his last fight. He retired from the sport rather than being retired by it. Georges St. Pierre went out on top as the UFC champion (however there's always rumours swirling about his return to the sport). Boxing Hall of Famer Lennox Lewis retired after beating Vitali Klitschko as the last Undisputed Heavyweight Champion of the Word with no unavenged losses. He went on to enjoy a career as a boxing commentator and analyst for HBO. The flip side to that coin is a story that we hear too often, and is echoed by Randy's story in The Wrestler:  the stories of the former stars and standouts who continue to put it on the line for the crowds once their prime is well behind them. 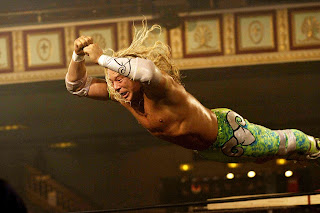 There's a fine line. Nobody can tell a fighter to retire, and as long as they can get matches they are free to do as they will. As fans, everybody wants to see their favourite fighter fight again, but nobody likes hearing about formerly dominant stars chasing after wins. Fighting is a sport for the young, and the window of competition is relatively short. We like to think of Ali in his prime dancing circles around Sonny Liston or Cleveland Williams. We don't like to think of him continuing to fight into the 1980s with the wind gone from his sails. MMA fighter Jens Pulver won 6 of his last 19 fights chasing the glory that rest firmly in his hands years before when he beat BJ Penn to become the first UFC Lightweight Champion. Then there's legendary Thai fighter Pornsae Sitmonchai, who fought with power, skill, and incredible warrior spirit, however had to retire due to health issues that started to arise as the result of his wars in the ring and increasingly frequent knock out losses. Did any of you know that Roy Jones Jr., former Olympian multiple-time major world title holder, got knocked out this past December at the age of 47?

My point is this: Fighters are fighters. It's who they are. It is etched into their souls. Thus, retirement represents a significant departure from the path that they have devoted so much of their lives to. So be careful when you badmouth a fighter as it's guaranteed that you don't know their whole story or what they went through to get there. Careful telling a retired fighter that they should fight again because you don't know how difficult it may have been for them to stop in the first place, or the personal sacrifices that they might regret making over the course of their career. And pay respect to those who put it out there and are vulnerable for your entertainment. Everybody who steps into that ring deserves props for the devotion and sacrifice that got them there in the first place.

Sorry, this one doesn't seem to be on Netflix anymore but find it somewhere, it's worth watching.

Kevin had his first exhibition bout today and did great! He had a very well matched opponent, who made for a great experience. Kevin demonstrated good technique, composure, ring control, and strong low kicks.

Dropped on the Internet by ThisOne at 10:03 PM No comments:

Writing on the Wall

Your frame of mind can tip the scales! 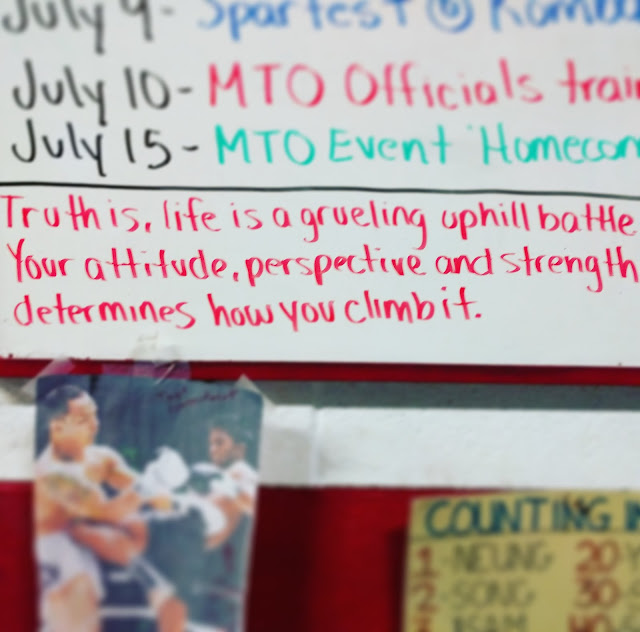 Dropped on the Internet by ThisOne at 10:55 PM No comments:

2 awesome posters, 1 great deal. Share with your friends today: $249 for 3 month of unlimited training at YMT! Valid 1 per person, and for new students only.  Expires July 1, 2016.

Call or email for your free trial today! 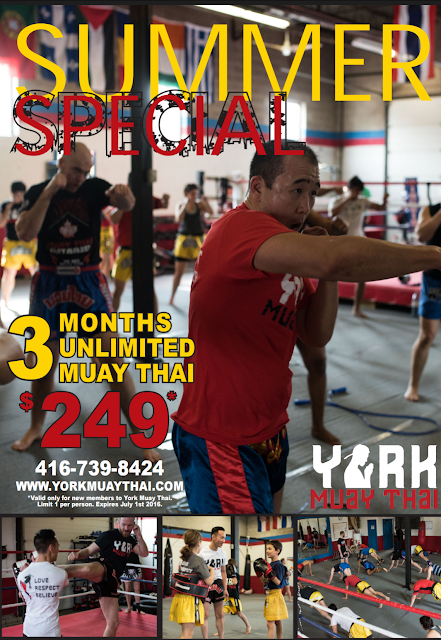 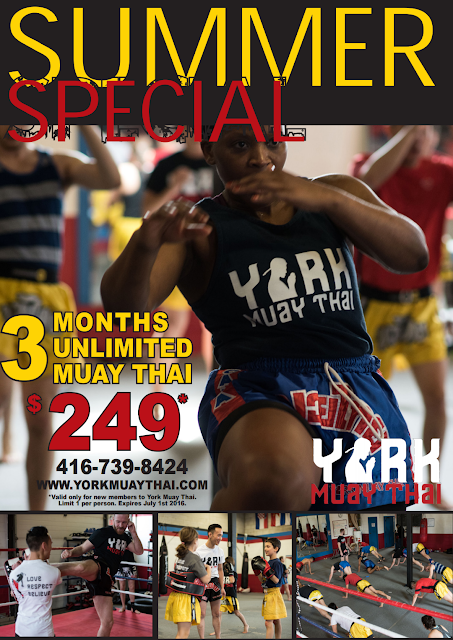 Dropped on the Internet by ThisOne at 11:18 PM No comments: 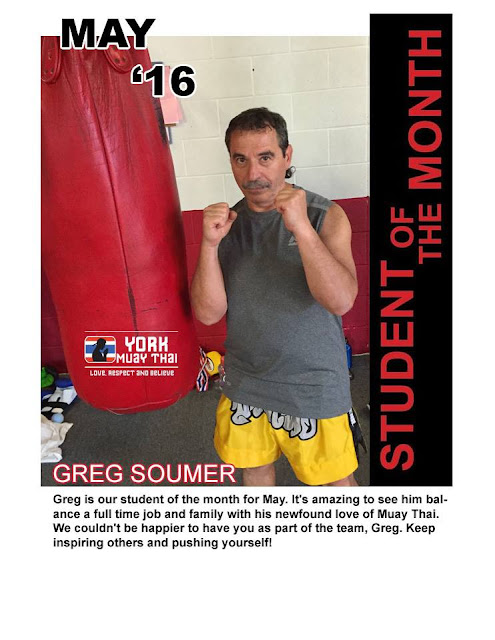 Dropped on the Internet by ThisOne at 11:15 PM No comments: