Come out to Downsview park with the crew on Canada Day!
Hit some pads, light sparring, and maybe some fireworks and food afterword!

Ask Kru for details!
Dropped on the Internet by ThisOne at 1:26 PM No comments: 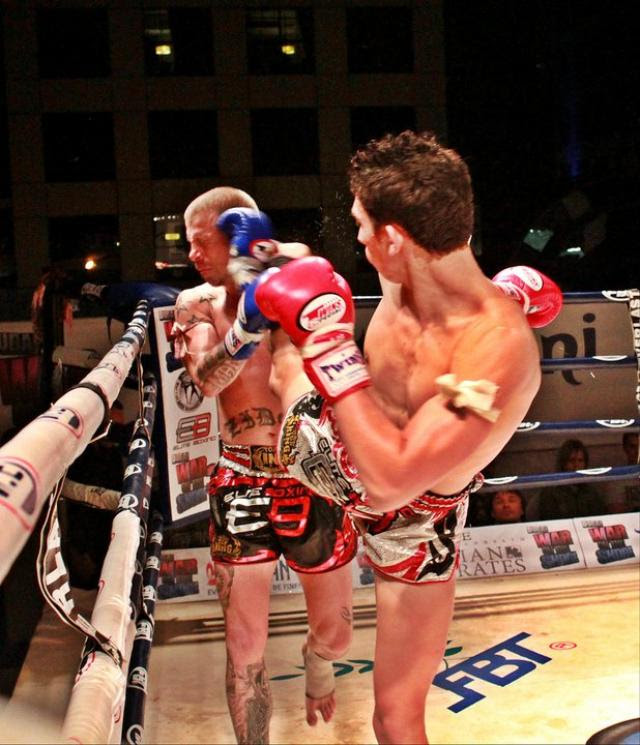 Here is your Wednesday fight!

Watch: http://www.youtube.com/watch?v=b_ng9tfzBXA&feature=feedf
Dropped on the Internet by ThisOne at 1:24 PM No comments:

This fight is less about high paced action, and more about how the slightest opening in range can be effective. Don't blink!

Watch: http://www.youtube.com/watch?v=QIgYmBDvI-M&feature=feedf
Dropped on the Internet by ThisOne at 11:25 AM No comments:

Our second instructor seminar is this Sunday, from 12pm -3 at the gym. The fee is $30.
This is open to all levels of students, including those who missed the first seminar.

The seminar will cover different aspects of leading classes and teaching. Your senior instructors (Kru Jen, Kru Nick and Kru Kosta) will be leading the seminar.

If you are looking to start assisting or teaching Muay Thai any time in the future, come expand your knowledge on various teaching and coaching techniques!

Dropped on the Internet by ThisOne at 11:05 AM No comments:

Come Out and CELEBRATE the Canadian Champions! All friends and family welcome!

This Saturday, join us and the Muay Thai family for a fun night at Our House Lounge: http://www.streets.to/assets/recent/our%20house%20on%20ossington.php

This year Canada killed it at the 2011 TBA Classic Muay Thai Tournament!

Gyms from all over came together and represented Canada very well. The Tournament ran smooth and was a great event to be a part of.

Not only TBA but we had many other belt winners such as: Kru Ruel from Siam in Mexico, Ashley Kew from Mas in New York, Benson from KruDar in Rochester, Matt Embree in Calgary, Simon Marcus in China.

So much Canadian swag.

Now we all should celebrate together! RIGHT?

Let's get together at a club/lounge and celebrate the night away with friends and our Muay Thai family.

See you at the party.

The Challenger back on track 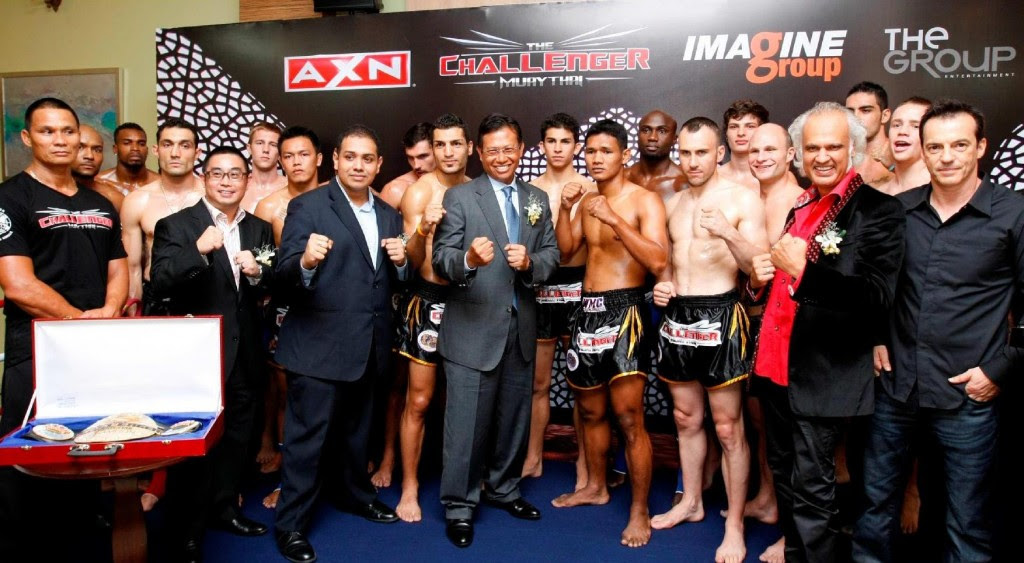 Earlier I'd blogged about the reality tv series: The Challenger.

Essentially it is season 2 of the Contender Asia, the Muay Thai tournament where all the fighters live together in a loft and the whole shebang is filmed.

It was almost a year ago when they were announcing the fighters, as well as Clifton Brown to be one of the coaches. Then we never heard from them again.

ANYWAYS... it seems the project is back. They've announced new coaches and a couple of fighters. You can check it out in the link below.

WMC claims the show should be airing by the end of this year....

This interests me mostly because Muay Thai could use more exposure...
The original Contender Asia did well in certain countries, but not so much in the North America. Hopefully a second season might improve on the first, generate new interest, and in turn help educate the masses.
Dropped on the Internet by ThisOne at 10:50 AM No comments:

Recently, Yokkao Boxing (A Muay Thai equipment company that has been sponsoring many big name fighters) held a Muay Thai Combat Expo in Italy. Shame they don't have those here...

It featured many of their sponsored fighters such as Saenchai, Buakaw, Dzhabar, Antoine Pinto, Jordan Watson...the list goes on.

Here's a cool video with footage of the fighters sparring and hitting pads.

Yesterday I posted a young Buakaw fighting in the Toyota tournament...here's the final fight of that tournament.

He takes on Satoshi Kobayashi, a Japanese fighter who has stepped in with many other Thai legends (Namsaknoi, Samkor).

I believe this tournament is what got Buakaw noticed by K-1 management? Not sure...but I thought I heard that somewhere

Watch: http://youtu.be/Tos6vaujOrI
Dropped on the Internet by ThisOne at 10:49 AM No comments:

It's been a while since I've really been excited to see Buakaw fight. He's still great, but the match ups haven't excited me as much as they used to.

So I had to do some digging...and I came up with this old Buakaw fight from Thailand's Toyota Marathon 140lbs Tournament from 2002.

What's great about this is that while you've probably never heard of his opponent, he really takes it to Buakaw.

So enjoy the action. I know I did.

Watch: http://youtu.be/-3hlHWiRFzo
Dropped on the Internet by ThisOne at 10:29 AM No comments: 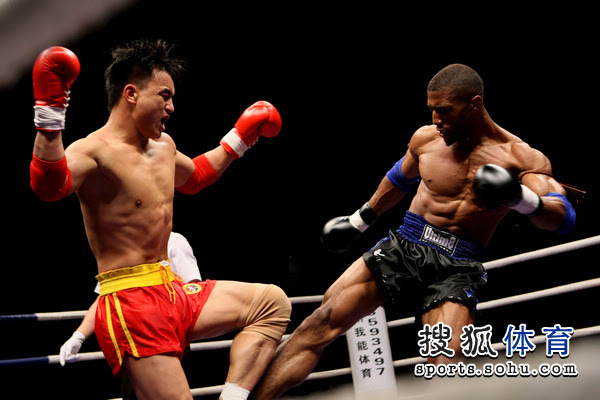 Got this link from Victory Muay Thai's facebook page. Here is Simon's fight from Saturday night! Fight starts at 50:30

Also on the card are Muay Thai standouts Artem Levin and Jomthong Chuwattana
Dropped on the Internet by ThisOne at 8:39 AM No comments:

A great show of the "uppercut elbow" technique!

This is the final fight of the prestigious Isuzu Tournament, between Kem Sitsongpeenong and Nopparat Keatkhamtorn.

The winner takes home 1 million baht, which is about $33,000 US...as well as the right to compete in the big "Thai Fight" tournament at the end of the year.

*Note: you have to fastforward through to 16 mins in to see the fight. The beginning of the vid is just a huge introduction*
Dropped on the Internet by ThisOne at 7:38 PM No comments:

We'd also like to congratulate Simon Marcus on winning his fight in China on the same night.
Dropped on the Internet by ThisOne at 4:44 PM No comments:

Watch: http://www.youtube.com/watch?v=5ojZBsD8G10
Dropped on the Internet by ThisOne at 12:01 AM No comments:

York Muay Thai and other Canadian Teams recognized on Muaythaiislife.com !

As you know, Mike Zhang and Patrick Wallace took home the B class titles for the tournament this year.

The article has a great re cap of the entire event, shout outs to Canadian teams (including ours), and some high quality pictures featuring our team.

I'll leave you with this quote:

"Adding to the level of skill present at the tournament were our always tough neighbors to the north. Yes, Canada. Say what you want about Canada. You can say that their beer sucks, that their accents are funny, that hockey is the only sport they’re good at, or that their entire country is like a loft above a really great party. However, what you can’t say is that Canada’s Muay Thai scene takes a backseat to that of the U.S. Because honestly it doesn’t....

I may be off on my statistics here, but I think that more than half of the titles at this years TBA went to Canada. They’re that good."

Dropped on the Internet by ThisOne at 9:35 AM No comments:

Click here to read about and see the photos SNAP took from YMT's 1 year anniversary: http://www.snapnorthyork.com/?option=com_sngevents&id[0]=278422&utm_source=email&utm_medium=snapd
Dropped on the Internet by ThisOne at 9:44 AM No comments:

Hot off the press! Heinz and Travis win GOLD at the Non-Quon River Canoe Race. First place with a winning time of 2 hours 44 minutes, covering 26 km. (in the rain). Thanks to Kru and PC's for keeping them fit and Ken Sylvan for a great paleo diet program.
Dropped on the Internet by ThisOne at 10:53 AM No comments:

York Muay Thai would like to acknowledge and congratulate Mike Zhang and Patrick Wallace for taking home the championships this weekend!

They are the 2011 TBA tournament B class champions in the Light Welterweight and Middleweight divisions respectively!

Leo made it to the final but an old injury prevented him from getting the gold. Arash made it to the semi's and lost against the eventual champion of his bracket. PC Cam, Niloofar, Tbook and Sweaty fought hard fights but were eliminated in the prelims.

The corners and coaches for the team were Kru Jen, PC Brian Naidu, PC David Kim and Durst. Kru Mikey Perez from Southside also assisted in cornering when we had fighters in overlapping bouts.

I may be forgetting some other noteworthy finalists, but overall, the Canadians represented well!

A special thanks to these schools for their support and help during the weekend. The other Kru's were there to jump in and do what they could when the York team had fighters competing simultaneously.

Both Kru Jen and PC Brian Naidu were helping with the officiating for the tournament...a job that started as early as 8am and ended as late as 11pm. We would like to thank Jenny, Rod, Carm and Durst for assisting and supporting the team during this hectic and exciting weekend.

Dropped on the Internet by ThisOne at 7:58 PM No comments:

Watch the York team at the TBA tournament LIVE streaming this Weekend!

Parkway Productions will be filming and streaming all the fights! Check the link below to see the live stream starting June 3rd!

Watch: http://parkway.tv/tba/
Dropped on the Internet by ThisOne at 11:53 AM No comments:

Well well! It's been a while!

Here's your YMT news for the weekend! 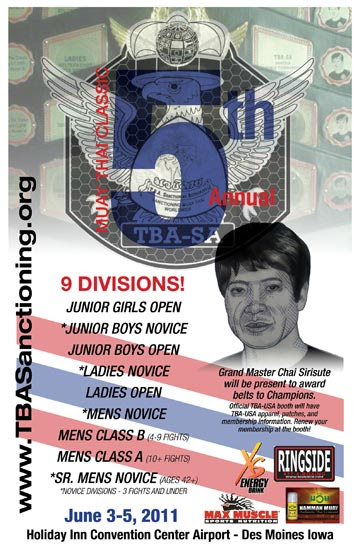 Kru Jen, PC David and Brian Naidu will be taking the team down to compete in the TBA SA Muay Thai Classic tournament tmrw June 2nd! Everyone will be back Monday.

We will try to update you here and via Facebook while in the states! Elimination fights are Saturday, Championships on Sunday.

We would also like to congratulate the new blue students from our own YMT, and our friends at Brampton MT! Great job everyone! Keep training hard and learning!
Dropped on the Internet by ThisOne at 10:15 AM No comments: