T shirts are IN!

Grab one of YMT's sick designs! 3 colours, perfect for training or just representing your love for the sport in your home town :)

Dropped on the Internet by ThisOne at 7:39 PM No comments: 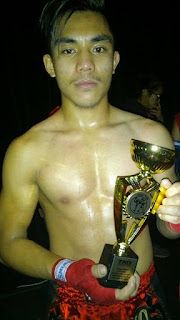 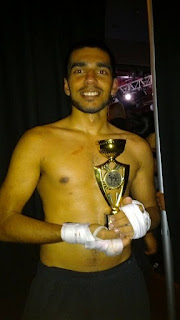 YMT went 2-0 this past Friday! Congrats to our athletes on performing well and giving their all. Shanks was able to win by referee stoppage midway through the 3rd round, and Julius grinded out a strong unanimous decision win.

Thank you to all of our coaching staff, fighters support team and all of the people who made it out to cheer for our boys. Let's not forget to thank our friends at TKO Fighting Arts: Kitchener-Waterloo and the folks at Muay Thai Ontario for hosting such a fun and professionally run event. 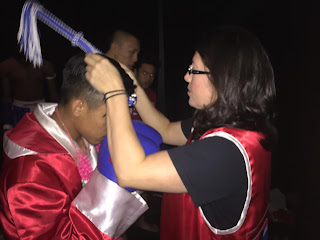 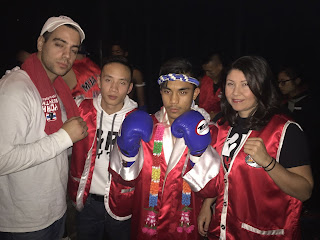 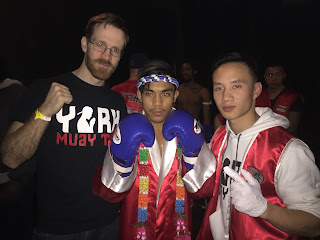 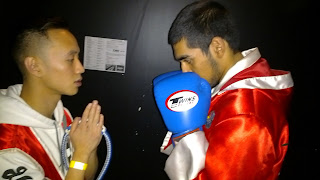 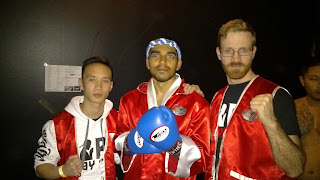 Dropped on the Internet by ThisOne at 7:36 PM 1 comment:

A reminder we will be CLOSED  Friday Oct 23, as we will be supporting Julius and Shanks at their fights in Waterloo! 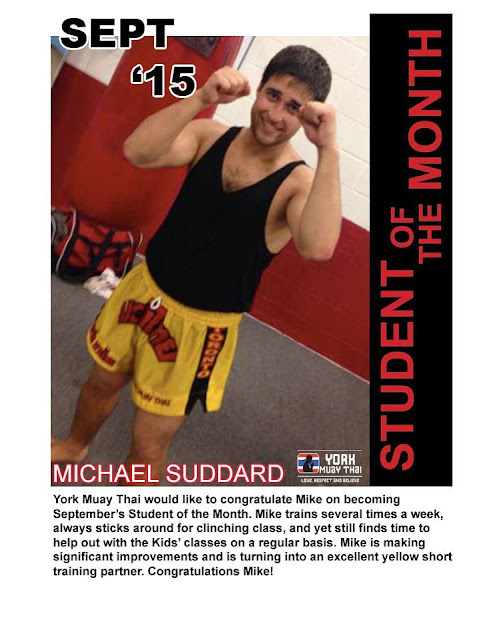 Dropped on the Internet by ThisOne at 10:28 AM 1 comment:

Some of these aspects have been outlined by PC Construction recently and by Kru Cam in the past. Your opportunities to strike as well as areas you need to defend grow with elbows in play.

Enjoy this vicious battle and see some of these openings for yourself!


Dropped on the Internet by ThisOne at 10:55 PM No comments:

This is the perfect pre event to your event or your party after you have gone out candy collecting with your wee one.Come out dressed up for a taste of Halloween fun.Music, games, potluck food. Costume contest, pumpkin carving contest where you can win free memberships!After we all go dancing at Spacco's.See you there...


Dropped on the Internet by ThisOne at 10:39 AM No comments:

We are happy to begin elbow month!!
While we often repost the classics (Sakmongkol vs Jongsanan anyone?), here is a fight from more recent memory where elbows played a big role. Devastation...our training begins tonight!

Dropped on the Internet by ThisOne at 10:08 AM No comments:

Julius and Shanks fighting on October 23 (get tickets!)

Celebrating 20 years in the martial arts, TKO Fighting Arts will be hosting a celebration of fights, food and music at Maxwell's Concerts and Events in Kitchener!

The fights will be sanctioned by Muay Thai Ontario.

Julius will be representing YMT in a B class bout against a hometown fighter and Shanks in a C class bout.

Tickets will be available at York Muay Thai!! Get yours!

Dropped on the Internet by ThisOne at 10:28 AM 1 comment:

My movie pick for October is a less challenging film to watch than last month's. It's definitely funnier and more crowd pleasing, but there's definitely some things in there to pay attention to. 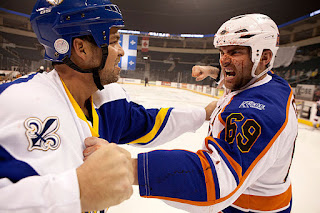 Alright, alright, hear me out for a second on this one. On the surface this film looks like a goofy sport's comedy starring Stiffler from American Pie, American Pie 2, American Wedding, American Reunion, American Pie: The Reckoning, and American Pie in Space, but if you actually take the time to sit down and watch it there's way more to it than you might think. Beneath the story of a bouncer turned minor league hockey thug, there's deep themes of loyalty to your team, respect for your opponent, and a recurring theme that comes up time and time again at YMT when discussing the extra "it" factor that makes good fighters great: Grit. 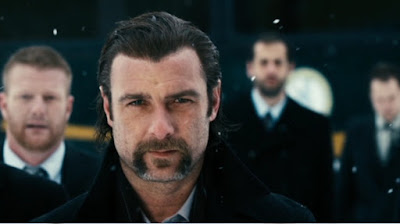 Goon stars Sean William Scott as Doug Glatt, a kind-hearted, simple-minded bouncer who never really knew his place in life until, after knocking out an angry player at a hockey game, it is discovered that he's "been bless with the fist of God". Thus, he is convinced to try out for a minor league hockey team to fill the position of enforcer. His grit, determination, and willingness to fight for his team (taking serious damage if necessary) gets him noticed, and he is soon drafted to a Triple A hockey team to protect their star player. Glatt's main opposition comes from Ross "The Boss" Rhea (played by a scene stealing Liev Schreiber), a veteran enforcer on the verge of retirement. Rhea is considered the scariest player in the league, and represents the old guard of enforcers. Spoilers: The two end up fighting in the last game of the season. Now, what stands out to me about this movie is how these two characters, despite being made into rivals by circumstance and pressure (a newspaper article titled "Why Doug Glatt and Ross Rhea Must Fight", for example), still have the utmost respect for each other as athletes and understand that fighting each other is their job, and not at all personal. I'll let you draw your own parallel's between that and our sport.

Plus the locker-room banter in this movie is hilarious. Check it out, if you've never heard of it then you won't be disappointed.