Patrick introduced me to a fighter named Edson Mendes Barboza Jr. from Brazil.

He currently fights MMA with a record of 7 wins and 0 losses: 6 KO's and 1 submission.

Alone, that record would seem impressive. However, he also has a 28 fight Muay Thai career at 25 wins, with 22 by KO.

What's really nice to see is that his standup game is clearly Muay Thai. Not K-1, not kickboxing, not karate, not Sanshou and NOT "MMA muay thai" (whatever that is).... it's Muay Thai.

He also isn't a fighter who simply trained Muay Thai. He has been training BJJ extensively. He has shown up to the MMA party with a lot of MT experience, but a well rounded game over all. I think it's for these reasons you're going to really see him rise up.

This is a point I've been arguing for a while: the future of MMA is going to see a move back to the traditional. The best fighters are the ones who study each discipline they are involved in specifically and intensively.

GSP and Anderson are examples of this. They are both well versed in different disciplines by training in them separately...not simply getting an MMA striking coach or grappling coach. YES, they do have teams that bring it all together, but they still get their skills by training with the best of each world. A non Muay Thai example would be GSP wrestling with the Olympic wrestling team.

These guys go to specialists of their craft to train...then they bring it all together by smartly choosing how and when to use their techniques. It's by having the most complete skill set possible that fighters like Edson are able to succeed in my opinion.

I'm definitely going to be watching him now.


You can read more about Barboza Jr here: http://www.sherdog.com/news/articles/Sherdog-Prospect-Watch-Edson-Mendes-Barboza-Jr-28249
Dropped on the Internet by ThisOne at 11:37 PM No comments: 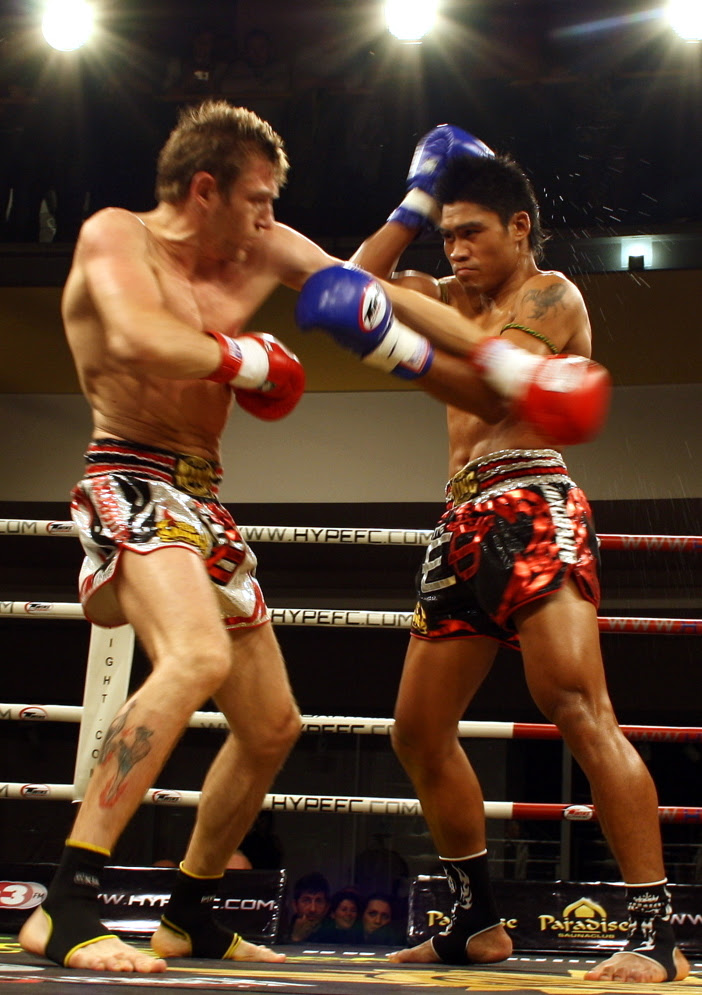 Fresh off Thailand vs the Challenger...a series of high profile fights between Thai nationals and Farang fighters.

These events have some pretty swanky production values...more to come soon.

Watch: http://www.youtube.com/watch?v=TI_Zl3UCRm8
Dropped on the Internet by ThisOne at 6:30 PM No comments: 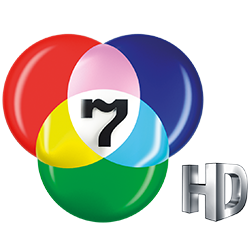 A sick fight from Channel 7 Stadium in Thailand. I dunno but I seem to find the Ch7 fights are usually more exciting than any other stadium. I'll try to post some more.

These really heat up after round 2!

Watch: http://www.youtube.com/watch?v=0Vq3vCeZoog
Dropped on the Internet by ThisOne at 12:46 AM No comments:

You want it? Go get it

Bodman does an interview on his friend and fellow gym member Steve's blog. I wanted to share it mainly because he outlines the difficulties in balancing his training with everything else. He has lately been in the gym as early as 7am or as late as 11pm; usually because his work situation doesn't allow him any other time to train.

If he can do what he's been setting out to do...you can too.

I've trained with Bodman for 2 years, and I even remember teaching his introductory class. I watched him improve. I watched him take months off because of school too, and play catch up for it. Yet he came back and has been grinding ever since.

You've got a lot of other fighters or simply just students at our gym that exemplify this work ethic. Just look up at the fighter's board or the "student of the month" nominees. They're all regular people. They have commitments, they enjoy a night out or are trying to establish careers. However, they know where they want to be in Muay thai, and how good they want to get.

Whatever badmon or these other people end up doing is totally up in the air. Who knows if we'll see the next champion or teacher out of anyone. For now, you have several examples of people MAKING time to reach their goals.

Whatever you set out to do...it's possible. Make your dreams a priority today.
Dropped on the Internet by ThisOne at 11:50 PM No comments:

For those of you with access to G4, they have a show called Champions of Champions. It airs the championship fights from Jamaica this past year as well as fights from the King's Cup tournament.

They will be airing this year's tournament on PPV as well. If you didn't know, the King's cup is a pretty big deal. Some of the best names in Muay Thai will be competing.

For some previews and Muay Thai related videos, visit: http://community.coc-elite.com/videos/Default.aspx

Dropped on the Internet by ThisOne at 9:17 PM No comments:

It's easy to get caught up in comparisons. If you know you're better than the "other guy", you probably won't have to bring it up too often. Your performance will speak for itself most of the time, or you'll hear it through other people's compliments.

It's easy to look at these people and say you deserve more recognition than they do.

But what are you DOING now? What have you been doing and how much of that lines up with what you SAY you've been doing?

Keep a strong and honest spirit.
Dropped on the Internet by ThisOne at 12:17 PM 1 comment:

A Rajadamernern fight that has a beautiful and technical beginning, followed by a decisive end.

Far be it from me to critique such high level fighters, but I always feel like there is something to be learned from them. This looks like KO due to a range error. Meethee threw a kick when Pentai was in punching range. It's a solid reminder about the importance of choosing your weapons. Even the best fighters can make these split second mistakes that another can capitalize off of.
Dropped on the Internet by ThisOne at 10:09 PM No comments:

A great fight from Lumpinee between two young fighters

Watch: http://www.youtube.com/watch?v=I4dbOzYokB4
Dropped on the Internet by ThisOne at 2:07 PM No comments:

Get ready for:
- great food
- student awards
- raffle giveaways
- a great night with your friends and honoured guests!

I will be at Lemongrass (bloor and islington, the only location big enough for us!)

Malaipet is a former Raja champion and WBC champion. He now resides in the U.S.
Fadi Merza is an accomplished European champion.

This is a Superleague rules fight...it's basically Muay Thai rules sans elbows. Unlike K-1, the fights are 5 rounds and do allow for/score clinching

Watch: http://www.youtube.com/watch?v=QrTzrw1aHVM
Dropped on the Internet by ThisOne at 11:18 PM No comments:

This weekend (Nov 13 2010) was a big one for YMT. Leo and Durst fought on the Jouney Fight series card in Calgary with Kru Jen + PC David and the Fu in the corner. Zhang fought on the Border Brawl 2 in Rochester with PC Cam + Joben and Patrick in the corner.

Unfortunately, Patrick's opponent had to pull out due to a last minute travel issue.

Leo came away with a decision win

Durst fought a great battle but lossed a decision.

A big thank you to:

Kru Jen and PC Lindor for training the fighters
All the intermediates for the sparring
PC Kosta and Construction
Kru Jay Bathija and Victory MT
Ajahn Suchart for his blessings
Carmela, Pat Trinh and Dennis for driving the Rochester gang
Daniel Balayut for cornering help
PC David Kim and Michael Fu for help in the corner!
Dropped on the Internet by ThisOne at 3:25 PM No comments:

YMT has 4 fighters fighting on the same night this weekend!
Thank you Ajahn Suchart for performing a blessing for our fighters!

Mike D and Badmon Perez fight in Calgary, travelling with Kru Jen as their corner.

Patrick and Zhang fight in Rochester, travelling with PCC and Joben in their corner, along with a posse of the team!

also on this card are Andrew Poon and Cam Noble from our friends at Victory Muay Thai in Guelph!

Chok Dee to all the fighters, and we wish for a safe trip and successful night!
Dropped on the Internet by ThisOne at 9:59 AM No comments:

An old fight between British fighter Alex Dally and Somkit. Somkit is also known as Madsua, who was one of the trainers on the Contender Asia as well as the WMC S-1 Champion.

Madsua currently teaches and fights out of WMC gym in Koh Samui, Thailand.

This fight does not end the way you think it will....or will it? Watch closely!

Watch: http://www.youtube.com/watch?v=-h63_iUrGsI
Dropped on the Internet by ThisOne at 10:43 PM No comments:

Buakaw, Bovy and Souwer all a part of S-Cup 2010 Tournament 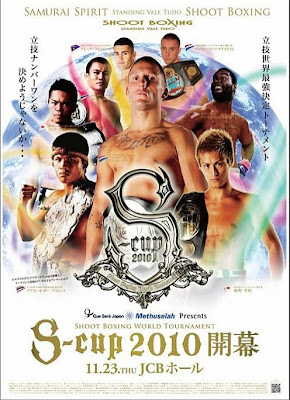 Shoot boxing is different from Muay Thai, but there are similarities and the Thais seem to make a decent transition from the rule and scoring sets (unlike in K-1).

I'm pretty sure Bovy's prime competitive weight is not at the 70kg mark (Buakaw and Souwer fight at this weight)...but we'll see if he can pull off a win. Bovy has the soul of a monster and can put anyone to sleep when he's having a good day.

Keep your eyes open for video...this is a biiiig card
Dropped on the Internet by ThisOne at 11:23 PM No comments:

Bass Line (first attempt): 40
Dropped on the Internet by ThisOne at 11:33 PM No comments:

Dropped on the Internet by ThisOne at 8:24 PM No comments: